In a report, the Korea Economic Research Institute (KERI) also argued investor-owned hospitals will generate up to 10 times more in taxes than non-profit hospitals while lowering the average medical costs of patients. 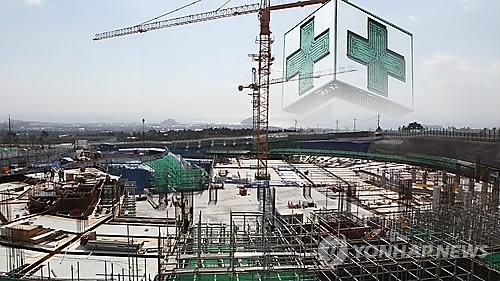 KERI is a private think tank run by the Federation of Korean Industries, the largest business lobby here that represents the country's top 600 companies.

Currently, all general and university hospitals in South Korea are non-profit organizations, meaning that any profit they generate must be kept within the organization.

Existing hospitals will also be allowed to replace their debts with investment, greatly lowering their financial costs and thus the average costs of their patients, it added.

"As the country is expected to experience a shortage of quality medical services while its population continues to age at a fast rate, the country must seek to address such a problem by allowing private investment in hospitals," KERI said in a press release.