SEOUL, Sept. 6 (Yonhap) -- A submarine expert on Tuesday called for South Korea to build a nuclear-powered submarine, saying it is the only solution to counter the threats posed by North Korea's submarine-launched ballistic missiles (SLBMs).

"With the conventional diesel-electric submarines, it's impossible to track and strike nuclear-powered submarines that could carry SLBMs. We are running out of time to build our own nuclear submarines as the North moves to deploy its SLBM-armed submarine in a couple of years," Moon Keun-sik, an analyst at the Korea Defense and Security Forum, said in an interview with Yonhap News Agency.

A nuclear submarine, powered by a nuclear reactor, doesn't need to surface to be refueled. This greatly reduces its chance of being detected by the enemy. In contrast, diesel-electric submarines have to surface or use a snorkel to charge their batteries, making them more vulnerable to detection.

Calls for a nuclear submarine have gained urgency in South Korea in recent months as North Korea has demonstrated technological progress in SLBM development. 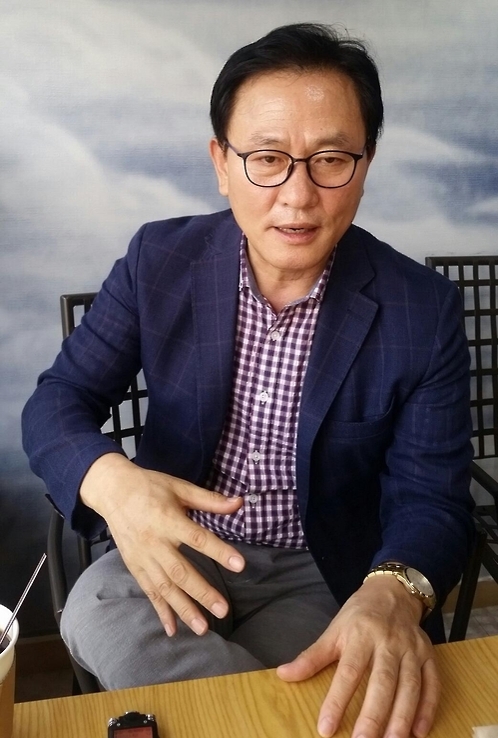 That SLBM, fired on Aug. 24 from off the northeastern port of Sinpo, flew some 500 kilometers toward Japan, far exceeding the range of the North's previous sub-launched missiles. North Korean leader Kim Jong-un hailed the test as "the greatest success" with experts saying that it could have flown at least twice as far if the missile was launched at a regular angle.

"Given the missile was fired at a high angle and used solid fuel, (which is more stable than liquid fuel), it is just a matter of time before North Korea starts to deploy an SLBM-mounted submarine. It will pose a formidable threat to the security of South Korea," said Moon who served as a submariner for 22 years out of his 32-year-long career in the Navy. He retired as a colonel from the military in 2012.

To counter the threat, the submarine expert called on the government to build a nuclear-powered submarine in the shortest possible time.

"All that is needed is the government's willingness to kick-start the nuclear submarine project. South Korea has the technology to develop a 4,000-ton nuclear-powered submarine," Moon claimed.

For South Korea, a 4,000-ton nuclear submarine, bigger than France's compact Rubis-class submarines but far smaller than the U.S.' Virginia-class attack boats, will be enough of a deterrent against the North's growing missile threats, he said.

"If Seoul makes it clear that it is building a nuclear-powered submarine for the sole purpose of self-defense, the international community will find no reasons to object." 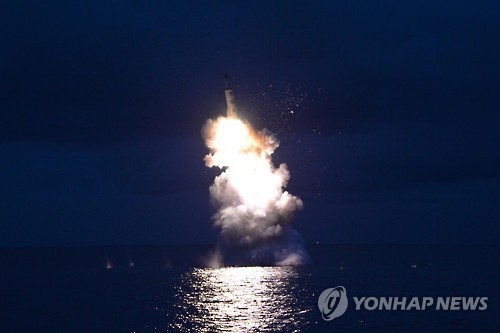 In the past four decades, South Korea has purchased low-enriched uranium from global markets, such as France and Russia, to operate its nuclear reactors. It ratified the nuclear Non-Proliferation Treaty (NPT) in 1975 and has remained formally committed to it since then.

On top of the government's strong will, there should be understanding and cooperation from the United States to push forward the nuclear submarine project. That's because it takes eight to 10 years from now before Seoul could develop a nuclear submarine, the expert said.

"Seoul needs to further strengthen its alliance with the U.S. during the time to have the U.S. nuclear submarines deal with any provocative moves from Pyongyang," he said.

Meanwhile, he dismissed any possibility of South Korea going nuclear.

"To transform low-enriched uranium into weapons-grade uranium, there should be facilities for reprocessing and enrichment," he said. "But we don't have such facilities."