The actress, who has been serving as a jury member at the festival, won the Starlight Cinema Award in the International Award category on Monday (local time), according to CJES Entertainment.

Now in its third year, the award is presented by an association of Italian female film critics. Al Pacino and Spanish actress Paz Vega won the award in the same category in 2014 and 2015, respectively.

"Moon So-ri has not only shown her outstanding acting skills through various films but also been active in directing," said Angela Prudenzi, the chief of the award's executive committee. "We considered the impressive strides she has made, including as the first South Korean actor to be appointed jury member for the Orizzonti section of the Venice Film Festival."

The actress is best known for her roles in "Oasis" and "A Good Lawyer's Wife." Other awards she has won include the "Marcello Mastroianni Award for Emerging Actor or Actress" at the 2002 Venice Film Festival. 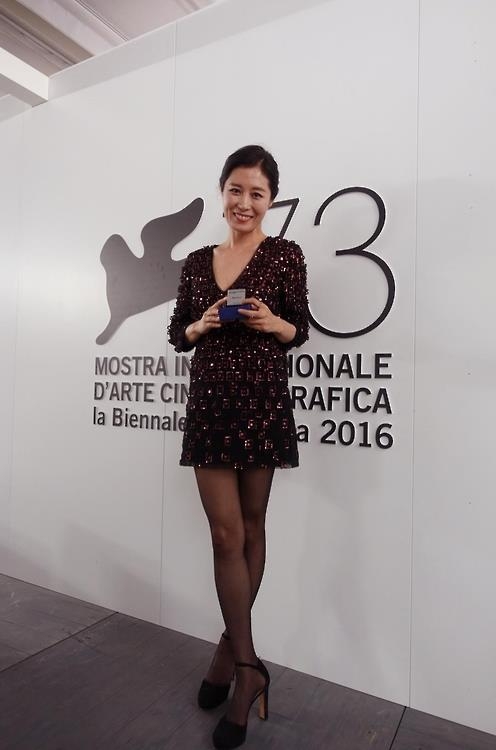