SEOUL, Sept. 6 (Yonhap) -- Science, ICT and Future Planning Minister Choi Yang-hee said Tuesday that he is open to the idea of revising the law banning mobile carriers from providing excessive discounts or illegal subsidies to customers.

In 2015, the Act on the Improvement of the Retail System of Mobile Telecommunication Devices went into effect to bring transparency to the market long distorted by subsidies, paid well over the limit set by law, from manufacturers and carriers competing for customers.

Recently, the revision to the law was tabled in the 20th National Assembly, which kicked off in May, stoking public debate about the controversial law.

The revision would raise the subsidy ceiling from the current 20 percent to 30 percent, giving leeway to mobile carriers in providing further discounts to customers.

"I will listen to various opinions by closely watching the negotiation process," Choi told reporters, noting that the ministry agrees on the need to decrease mobile phone service rates.

Choi said the law is meaningful as it ended a long-running mobile carriers' competition to take each other's subscribers by rolling out massive discounts.

The minister also said the law induces market players to compete in lowering the costs of communications and handset factory prices, while improving service quality.

As to some lawmakers' move to cut mobile phone service rates, Choi said one of the most important policy goals of the ministry is to stop the fees from further increasing.

Choi agreed that high mobile service fees may add to the financial burden of many households. 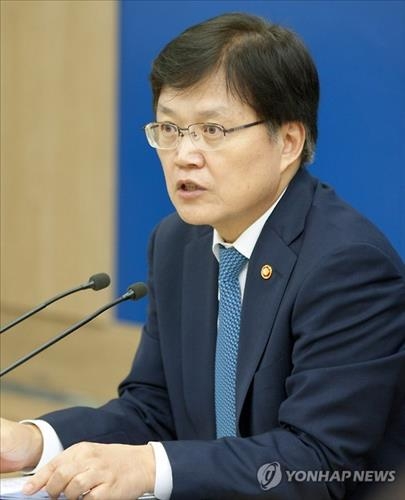