SEOUL, Sept. 6 (Yonhap) -- A larger number of K-pop idol groups will join this year's lineup for an annual global music fair to be held in Seoul in October, a state-run cultural agency said on Tuesday.

The 2016 Seoul International Music Fair, also known as MU:CON, will showcase a total of 71 groups from Oct. 6-8 at the Digital Media City (DMC) complex and in the nearby Hongdae area in northwestern Seoul, the music fair's host and organizer Korea Creative Content Agency said at a press conference.

Themed the "Key to the Global Music Gate," the three-day event consists of outdoor showcases and some 50 music market-related programs, including 20 lectures and nine lessons delivered by globally recognized music figures. 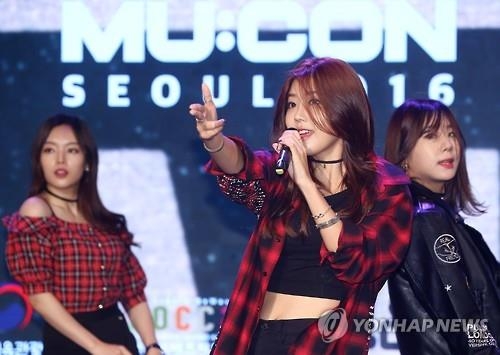 "I am greatly honored to collaborate with Giorgio Moroder -- I can't wait to see the outcome," said Hyolyn of K-pop girl group Sistar, who spoke at the MU:CON press conference. Having rocked the K-pop scene for the past seven years, the four-member act will collaborate with Moroder for the global event.

"I hope the collaboration will lead to a broader recognition of K-pop globally," the 25-year-old singer added. 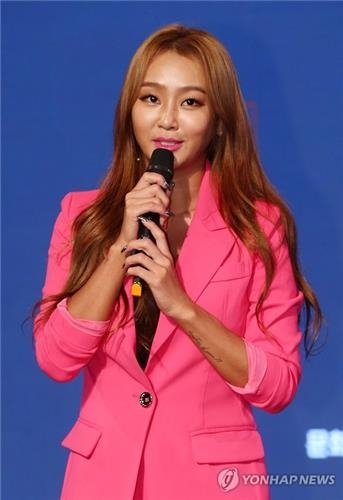 Wassup, a hip-hop-influenced girl group, hoped that its participation in the global music networking convention will lead to larger opportunities outside Korea.

Having been mostly engaged in domestic activities over the past three years since its debut, the seven-member group hoped to hold a concert in Latin America, which has its largest international fandom.

Boy bands U-Kiss and MAP6 crossed their fingers for the success of the upcoming MU:CON. Both bands have pursued musical activities in Japan, releasing EPs and holding concerts for Japanese K-pop fans.

"Besides practice, we've been taking Japanese lessons partly to become stars on a global level," said J-Jun, the mouthpiece of MAP6. The five-member group's recent EP topped the K-pop section of the Japanese Oricon Chart.

In addition to the K-pop groups, the international music event will present Korean musicians of diverse musical genres such as rock, electronic, hip-hop, jazz and funk. 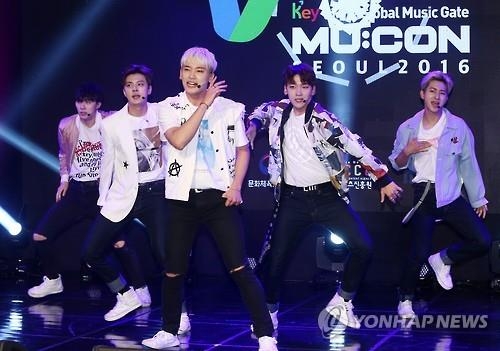