SEOUL, Sept. 6 (Yonhap) -- A South Korean movie about a granny who suddenly recovers the physical appearance of a young woman in her 20s will be remade in Turkish, Spanish and English, its producer said Tuesday.

"Miss Granny" is a 2014 comedy about a 70-year-old woman (Na Moon-hee) who one day finds herself in the body of a 20-year-old (Shim Eun-kyung) after having her photo taken at a mysterious photo studio. The film was not only a hit in South Korea, where it drew an audience of some 8.65 million, but also in countries such as Vietnam, China and Indonesia, which released local versions in collaboration with the South Korean producer CJ E&M. 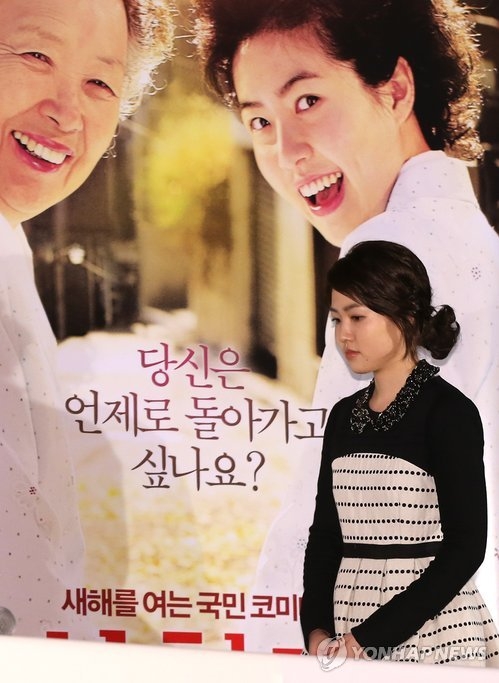 "We're currently working on producing a Turkish version and a Spanish version targeting Mexico and the Hispanic community in the U.S.," said Jeong Tae-seong, a CJ E&M official in charge of the film business.

A Japanese version opened in cinemas in April, while the Thai version is scheduled for release in November. With the three additions, the movie will have been produced in nine languages.

"In the case of jointly produced films, CJ E&M works with the local producers across all stages, from planning and investment to production, marketing and distribution," Jeong said. "It's a much more advanced strategy for overseas expansion than simply exporting Korean movies, which have the language barrier, or selling the copyrights for a remake."

'Miss Granny' to be remade in Turkish, Spanish, English

'Miss Granny' to be remade in Turkish, Spanish, English