On the MBC series, Kim, 35, and Lee, 36, played lovers who remarry after each experiencing divorce, only to find more trouble ahead. 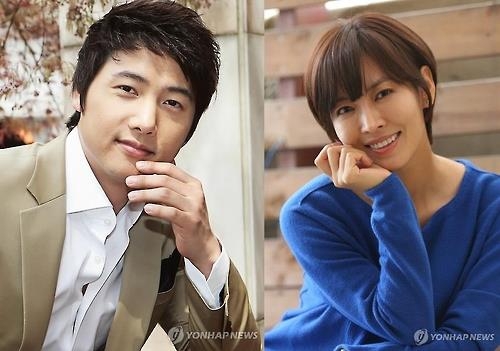 "About halfway through the series, the two began to act suspiciously, and by the end of the show, they were seeing each other," said a source involved in the drama's production. "Both are introverts and shy, but unlike their cold first impressions, they are warmhearted and kind. They suit each other well."

Officials at the actors' management agencies said the two have just begun dating.

Lee debuted in 2005 and rose to stardom through dramas such as "First Wives' Club" and "Life is Beautiful." Kim, who debuted in 1994, is best known for her roles in the TV series "All About Eve," "Iris" and "Prosecutor Princess."