Sixty-one military leaders from 16 countries throughout the Pacific region attended the three-day event that will run through Friday in the South Korean capital city, the Air Force said in a statement.

Under the theme of "measures to enhance air power based on multilateral partnership in the Pacific region," participants are expected to discuss the coordination of air assets with key member states, such as the U.S., Australia and Indonesia, issuing statements.

This year's PACRIM Airpower Symposium also focuses on the importance of cyber security and its possible impact on air power, organizers said.

It is the first time for South Korea to host the annual symposium which began in 1995 in the United States. 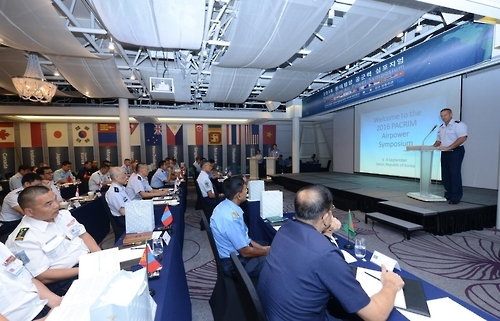