CU, a chain operated by BGF Retail, has been exporting two types of its private brand cup noodles to China through Chinese online shopping mall Jumei from this year. GS25 has collaborated with popular local Chinese restaurant Gonghwachun to make the store's own Chinese-style instant noodles, and is now exporting them to Australia and New Zealand.

With Me, another chain, succeeded in exporting its grapefruit-flavored ice cream, launched in May, to Russia. Company officials said the ice snack is popular in the country as being effective for hangovers.

Seven Eleven was the first of such exporters. Last year, it sold over 1,300 boxes of dried seaweed laver and eight different kinds of snacks to Malaysia. 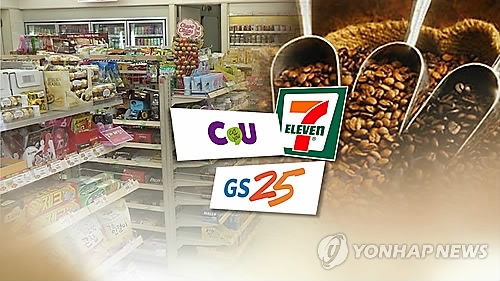 Industry officials said while the volume of exports is not large, it is expected to grow in the long run. Private brand products are gaining customers among foreign tourists in the country, and overseas retailers looking for variety are also likely to turn to these products, they said.

The outreach by convenience stores will also help smaller companies find new paths for exports, officials said. The snacks exported by Seven Eleven, for instance, were made together with small and medium-sized firms, priced between 500 (US$0.45) and 1,000 won.