SEOUL, Sept. 7 (Yonhap) -- The chief of LG Chem Ltd., a chemical unit of South Korean conglomerate LG Group, has been rated as the best performer among CEOs of the country's top 500 companies, data showed Wednesday.

According to the data by market researcher CEO Score, Park Jin-soo, vice chairman of LG Chem, the country's leading electric vehicle battery maker, received 68 points out of a possible 100 in an assessment of CEOs' management performance in the first half of 2016.

Park came in sixth last year in terms of performance under the same assessment.

The assessment looked into 363 CEOs of companies with annual sales of over 5 trillion won (US$4.57 billion), who held the post for six months or longer. It analyzed five categories, such as on-year growth rate of sales, the return on equity (ROE), the debt ratio and the growth rate of employment. Twenty points were allotted to each category.

According to CEO Score, LG Chem's Park was given high marks for employment and sales growth last year. The company's employment expanded 6.7 percent in the first six months of the year from the previous year, the seventh-highest among its peers and the fourth-highest among the top 500 companies. 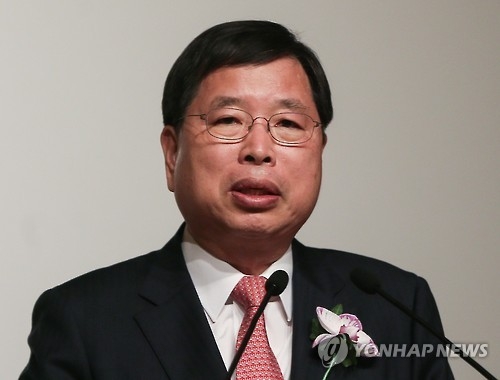