The Korea Communications Commission (KCC) said it also imposed a business suspension on LG Uplus for selling handsets reserved for corporate use to individuals, apparently in an aim to lure more subscribers away from its two bigger rivals -- SK Telecom and KT Corp.

The suspension will be in effect for 10 days but is only applied to its biz unit that handles corporate handset sales, the KCC said.

LG Uplus will be banned from attracting new clients during the period, KCC officials said, noting that corporate subscribers account for only 7 percent of the total. 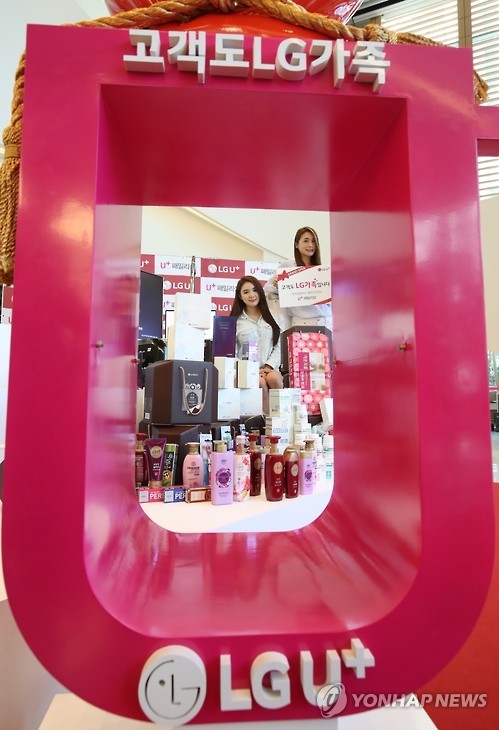 The KCC has been conducting an investigation since June into the firm over other allegations that the mobile carrier gave subsidies to new customers in amounts exceeding the legal ceiling.

The KCC said some LG Uplus outlets sold corporate-use handsets to some 171,600 people between January and June through door-to-door sales or retail shops by giving illegal subsidies.

A relevant law, which took effect in 2015, bans mobile carriers from providing excessive discounts or illegal subsidies to customers.

Following the announcement, LG Uplus said it will "try its best to meet the satisfaction of customers."