"In an effort to further enhance audio functions and design, LG is continuing its collaboration with B&O PLAY," the company said in a statement.

"The result in the LG V20 is a natural, balanced sound, reflecting B&O PLAY's acoustic engineering philosophy," it said.

By integrating a 32-bit Hi-Fi Quad DAC (digital to analog converter) technology into the device for the first time, the V20 "delivers high-quality sound to any pair of earphones," LG said.

"The Quad DAC in the V20 delivers clearer sound by minimizing distortion and ambient noise by up to 50 percent," it said.

The V20 also features wide-angle lenses on the front and back of the handset. 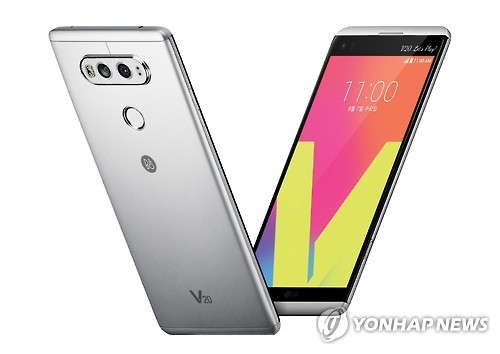 "The wide angle capabilities of the front and rear cameras capture photos with an inclusive background, meaning users get more in the frame and leave nothing out," the statement said.

The front camera "with a 120-degree lens expands the selfie experience to take bigger pictures with even more friends," it said.

The rear camera "with its 135-degree lens is perfect for taking pictures in front of a gorgeous vista or inside a gigantic stadium," it said.

The V20 is the first smartphone in the world to run on Google's latest Android mobile operating system called "Nougat" and adopt Google's new search app "In Apps."

"The new search mode featured in the Google app, helps users find content not only from built-in apps, including contacts, emails, text messages and photos, but also from user-installed apps," the statement said.

"It also enables users to discover recently accessed apps, people to get in touch with, messages to read and activity across apps without having to type a query," it said.

"The LG V20 is designed to offer customers a more dynamic experience by building on the most popular video and audio features of the V series," said Juno Cho, president of LG's mobile communications division, in the statement.

"With the LG V20, we are giving our customers more of everything they love and less of anything they don't need to set a new standard for premium smartphones," Cho said.

LG did not disclose prices of the V20. In-store sales of the V20 are expected to begin later this month in South Korea.
(END)