SEOUL, Sept. 7 (Yonhap) -- South Korea's defense ministry said Wednesday the U.S. missile defense system set to be deployed in the country can deal with Pyongyang's evolving missile and nuclear threats, rebutting claims by the leader of the main opposition that the battery is worthless.

The remark came as Choo Mi-ae, who heads the Minjoo Party of Korea, claimed that the THAAD system is useless militarily during her speech at the National Assembly on Tuesday.

"Along with the Patriot systems, the THAAD battery will contribute to establishing a multi-layered defense system together with mid-range surface-to-air missile (M-SAM) or long-range surface-to-air interceptor missiles (L-SAM) currently under development in South Korea," the official added.

"We cannot accept Choo's claim that the THAAD system is useless," Chung Jin-suk, Saenuri's floor leader said. He pointed out that while some opposition lawmakers have objected to the deployment, none have come up with a viable alternative to protect the country.

"The government and Saenuri did not say the THAAD system will be able to completely counter North Korea's nukes and missiles by itself," Chung said adding it will nevertheless offer more protection that can safeguard lives and property. 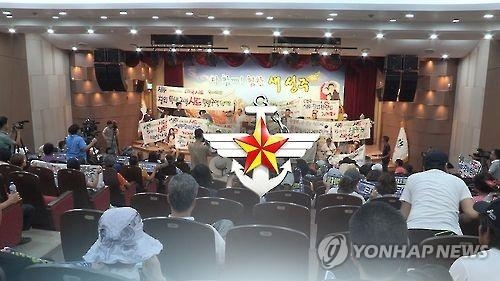