The Ministry of Science, ICT, and Future Planning said funds are aimed at bringing more investment in the fields and to catch up with other global powerhouses. 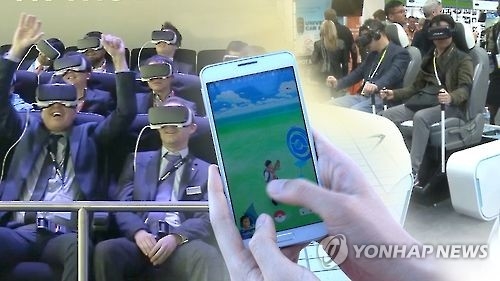 The ministry said it will invest 12 billion won annually into the fund for the next two years and the rest of the 20 billion won will be supplemented from private funds.

The fund will be established in the form of the Korea Venture Fund, officials said, noting that the ministry will soon select a company to operate the funds

The ministry said it will evaluate based on strict criteria to pick a qualified management company for the next three months.

"The government wishes that the special funds for VR and AR industries would foster the related industries as they are the centerpieces of the future," said Seo Seok-jin, a ministry official handling related policy.

The ministry said it will focus on investing in not only VR and AR hardware but also projects and companies producing contents.

The government earlier announced a package of measures to foster the VR and AR sectors, saying that the sectors will be added to the list of "new industries."