SEOUL, Sept. 7 (Yonhap) -- A senior official of the global rating agency Standard & Poor's said Wednesday that the South Korean economy could grow at an average rate of 2.9 percent per year until 2019. 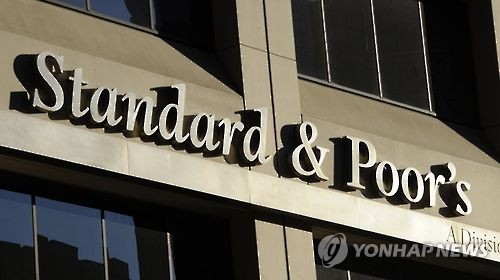 He said South Korea's expected average annual growth rate between 2016 and 2019 is higher than those of advanced countries and it is also higher than the 2.6 percent growth recorded last year.

His assessment was included in a press release ahead of a seminar on credit risks in Seoul.

In the April-June period, South Korea's gross domestic product (GDP) expanded 0.8 percent from the previous quarter, accelerating from a 0.5 percent on-quarter expansion three months earlier, according to preliminary data from the Bank of Korea (BOK).

He also said North Korea is a constant source of geopolitical volatility and its threat to the stability is a key constraint on the South Korean sovereign ratings.

He said he expects North Korea to take more radical measures to try to bring attention to itself by creating a lot more trouble.

North Korea is under the toughest U.N. sanctions ever over its fourth nuclear test and its long-range rocket launch earlier this year. North Korea has also fired a series of missiles in recent months in a show of force against South Korea and the United States.

Last month, S&P raised South Korea's sovereign rating one notch to a record high of AA from AA- with a stable outlook on the country's steady growth and flexible fiscal and monetary policies.

AA is the third highest grade in the S&P evaluation scheme and is possessed by France, Belgium and Britain, placing South Korea one level higher than China and two higher than Japan.

It is the second time in a year that S&P has upgraded the country's sovereign rating and comes less than a year since the last upgrade to AA- in September last year.

Tan also said the planned deployment of a U.S. anti-missile system in South Korea "is more likely to be negative than positive" on the South Korean economy as it strains relations with China, the No. 1 trading partner of South Korea.

"I do not think that there is a serious risk North Korea will actually launch a missile at South Korea," he said.

He said if China retaliates against South Korea over the anti-missile system, it could have some negative impact on South Korea's economic growth. Still, he said any Chinese economic retaliation would not be in the interest of China, which is highly dependent on external trade.