SEOUL, Sept. 7 (Yonhap) -- A special inspection team has been formed to investigate a senior prosecutor who is suspected of receiving money from a local businessman in return for peddling influence, the state prosecution said Wednesday.

Kim is suspected of receiving kickbacks from a businessman, identified only by his surname Kim, in return for lobbying local prosecutors who were investigating him on fraud and embezzlement allegations. The two are from the same middle and high schools.

The businessman claimed that the 46-year-old prosecutor did not return 15 million won (US$13,700) he borrowed in February and March and that he has long been sponsoring the prosecutor.

The businessman Kim disclosed their relation to the local media after the Seoul Western District Prosecutors' Office sought a warrant to formally arrest him late last month. He was arrested after attempting to flee and has been taken into detention as the writ was issued Tuesday.

"We have formed the special team to promptly and thoroughly investigate the case involving prosecutor Kim," the prosecution said. "The team will take the necessary steps to deal with those who have committed wrongdoings."

Meanwhile, the Ministry of Justice has suspended the senior prosecutor from his duties for two months following the request from the country's top prosecutor Kim Soo-nam. 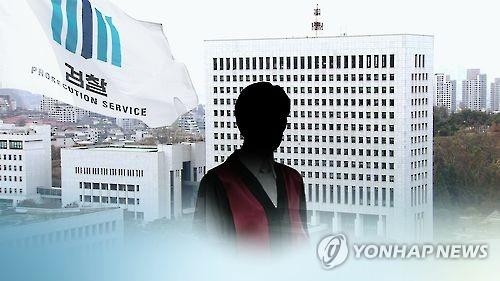