The court said it is unclear when the 100 billion won support plan rolled out by the Hanjin Group will be carried out, let alone the fact that it falls short of the amount needed to normalize the shipper.

"To resolve the logistic chaos and normalize Hanjin Shipping, the financial support should be provided within this week," it said.

The court said the new fund will be used under its strict monitoring to help resolve the current situation. 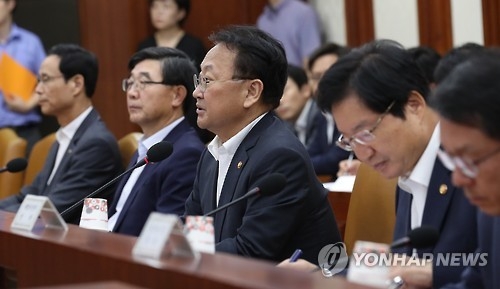