(Editor's note: This article is the 14th in our feature series on South Korea's lesser-known tourist spots.)
By Shim Sun-ah

MUJU, South Korea, Sept. 8 (Yonhap) -- Muju, an alpine town located in South Korea's southwest, has everything one could want in a summer getaway: a cool valley and a lofty mountain clothed with verdure.

And fireflies are one more thing you can expect from the trip. The remote rural village has the country's largest population of fireflies, which can only be found in clean, unpolluted areas. 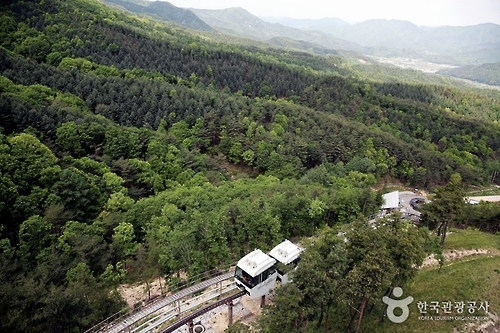 In 2014, the government-affiliated Taekwondo Promotion Foundation opened the facility with the ambitious plan to make it a "holy ground" of the sport and attract practitioners from all around the world.

But the best season for enjoying all these perhaps is summer because you can see the blinking lights of hundreds of fireflies creating a magical scene. 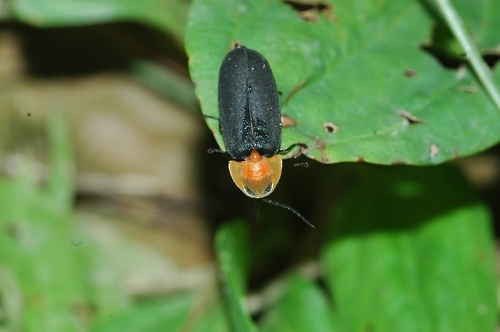 Summer-time visitors can also benefit from the Challenge Tour Bus that connects the county's major tourist destinations, such as Taekwondowon, Bandi Land, Meoru Wine Cave and the Mount Deokyu Resort. It runs at least four round trips a day on five different courses. A one-day pass is only 1,000 won (US$0.90) for adults.

The municipal government introduced the tour bus for the convenience of tourists in April, after Muju was designated by the central government as one of this year's three "tourism cities" eligible for government subsidies necessary to grow it into an international tourist destination. The other two cities were Jecheon and Tongyeong.

The bus service always runs on Saturdays and Sundays but is offered daily during the summer peak season, usually from mid-July to mid-August, and for the Muju Firefly Festival. Tickets are available in the county's tourist information centers and directly from bus drivers. The only thing that makes it difficult for foreigners to use the bus is there are still no English signs for bus stops.

This year's festival was held from Aug. 27 to Sept. 4 under the slogan "The light of the nature, love and the future."

Marking its 20th anniversary this year, the firefly festival has been designated as the best local festival for the last four consecutive years from the Ministry of Culture, Sports and Tourism.

"Fireflies are something that I grew up with in America, so actually finding fireflies and a firefly festival in Korea is wonderful," a video journalist who only identified himself as Campbell said.

The middle-aged American from Pyeongtaek, 70 kilometers south of Seoul, was photographing a parade as part of the opening ceremony.

Asked about his impression of Muju and the festival, he said: "It's beautiful, it's quiet, and it's a small city so it's not as busy as large cities in Korea. The festival is so much fun." 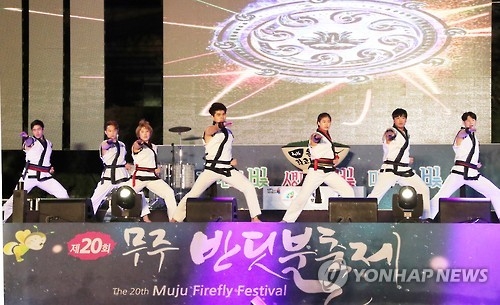 The annual festival boasts a rich lineup of programs, such as performances of martial arts, dance and music, and a traditional exorcism ritual; a rock festival; catching trout with bare hands; a children's song competition; a traditional fireworks display; and an event where illuminated balloons are released at night.

Yet, the highlight of the festival is a guided tour that takes participants to firefly habitats in Seolcheon-myeon. After a 30-minute bus ride from the festival grounds at 7 p.m., and five more minutes of walking along a narrow stream on a quiet country road, participants can see fireflies glowing brightly up in trees or near the grounds. The tour costs 8,000 won and is two hours long.

Kim Joo-yeon, a tourist from Daejeon about an hour drive from Muju, strongly recommended the firefly exploration tour.

"It's my third time ever to participate in the program, and I saw the largest number of fireflies this time," the 35-year-old mother of two children told Yonhap News Agency on Aug. 27 right after returning from the tour. "I caught fireflies several times so my kids could touch them before releasing them, and the kids were amazed."

Hong Mi-hyun, a housewife who traveled from Gwangju with her family to take part in the tour, agreed, saying, "I really enjoyed the tour."

Hong said her 6-year-old son, who had never seen a firefly before, kept telling her how much fun he had on their way back to the festival grounds.

"Besides fireflies, I liked walking on the winding country roads on a starry summer night," she added.

The other way to see fireflies is to visit a makeshift museum in the festival venue. In the Firefly Hall, visitors can see the flying and twinkling lights of fireflies in a darkroom, although the lights are weaker than those found in forests. 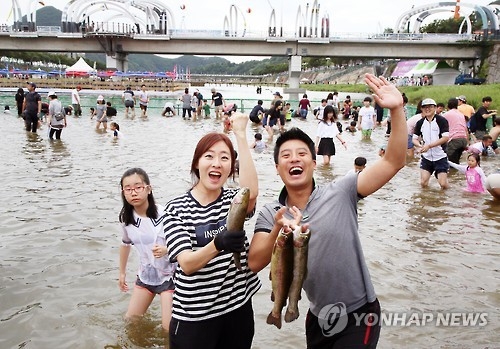 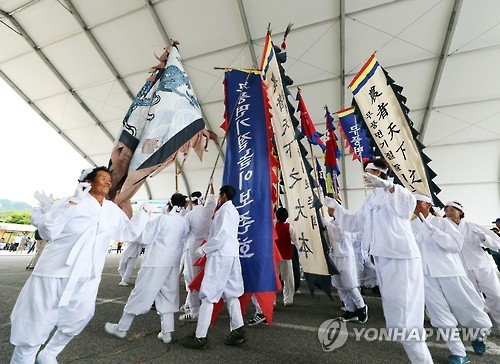 Travelers might also want to explore Muju more after making a brief stop at the festival.

An efficient way to visit all the recommended places in a day or two is to split them into two groups and take a drive to the east and to an inland area with the downtown area as a base.

Three major tourist destinations -- Bandi Land, Taekwondowon and the Rajetongmun tunnel -- are all along the same road in the upper eastern part of the county. At the Rajetongmun tunnel, the road splits -- to the eastern end of the county or to the Gucheondong Valley and Mount Deokyu. The inland course has the Meoru Wine Cave and the Jeoksangsan Archives Historic Site.

The site has ruins of a 17th century national archives for storing the Annals of the Joseon Dynasty (1392-1910), a massive chronicle of the history of Joseon kings. The present buildings there were built from 1997 to 1998 on the ruins, which were relocated south from the original location that was submerged after the construction of a reservoir for a pumped-storage power plant.

The Rajetongmun tunnel is where the Gucheondong Valley, which is famous for its cool rapids and fascinating rock formations, starts.

The mountain tunnel, which spans 30 to 40 meters, is known to have been the border between the two ancient Korean kingdoms of Baekje and Silla. But some historians claim that the tunnel was constructed by Japan during its colonial rule over Korea (1910-1945) to create a new road to the nearby gold mine.

About a 10-minute drive from the tunnel toward the west takes you to Taekwondowon park.

Set on a serene and spacious 2.31 million square meters of land, the park has the multipurpose stadium T1 Arena. The largest of its kind in the world, it is designed specifically for taekwondo-related events, such as global competitions and performances. 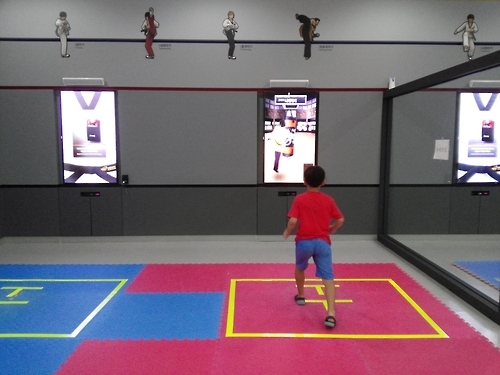 There also is a museum, a taekwondo experience center and an observatory. The Experience Center Yap! is where visitors can learn basic techniques necessary to train in taekwondo and experience virtual sparring using a motion detection system.

The taekwondo museum is the only museum dedicated to taekwondo in the world and a place to learn about the history, spirit, philosophy and techniques of taekwondo. It also displays plenty of taekwondo-related items that show the development of the sport. They include instructional books, uniforms, belts and sparring gear, as well as a gold medal won by a South Korean athlete during the 1988 Seoul Summer Olympics.

If you are accompanied by children, Bandi Land, which is only 2 kilometers from Taekwondowon, is worth a visit.

Located near the firefly habitats in Seolcheon-myeon, it is a popular destination visited by over 200,000 tourists a year. 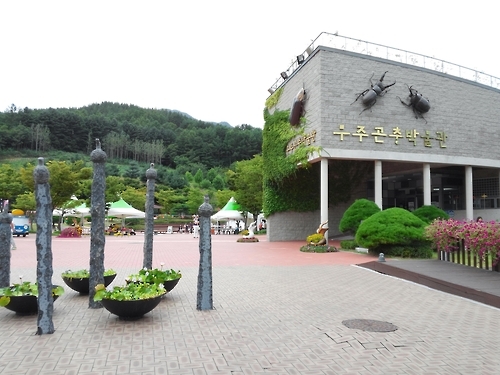 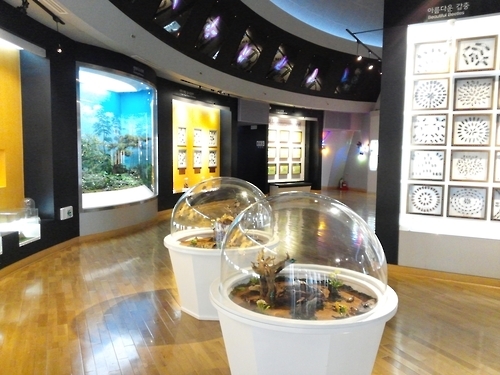 Bandi Land charges no admissions fee. Its eco-themed park has a beautiful pond where lotus flowers are in full bloom. Fees are only required for entrance to its facilities, which include a museum, an outdoor swimming pool and a camping site.

The Muju Insect Museum offers interesting activities that both children and adults can enjoy.

On display are about 13,500 specimens of 2,000 sorts of rare insects from around the world and representative fossils ranging from the Paleozoic era to the Cenozoic era. It also has a botanical garden with about 150 tropical plants on the rooftop and a 3-D movie theater equipped with a dome screen for showing short animated films about fireflies.

Taekwondowon and Bandi Land are closed on Mondays.

The Meoru Wine Cave also is one of the places you must visit before leaving Muju.

Located deep in Mount Jeoksang, Meoru Wine Cave originally was a tunnel used for the construction of a nearby pumped-storage power plant. In 2007, the Muju municipal government remodeled it into a cave where wine made of Korean wild grapes ages, is stored and is sold. Muju is a major producer of Korean wild grapes called "meoru" in Korean. 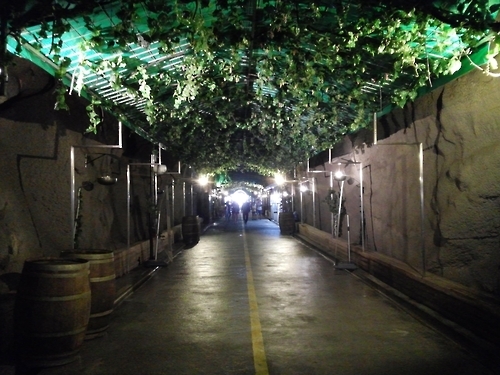 Walking into the tunnel while seeing many beautiful landscape photos of Muju on display, you can feel a chill even when scorching summer weather grips the town. Sitting on both sides of the tunnel are rows of wooden cabinets with racks upon racks of wine bottles stacked inside.

Deep inside the 270-meter-long tunnel is a wine cafe and a cellar. In the cafe, free tastings of three different wines are available and wine can be purchased at reasonable prices.

"I tasted what is said to be the most popular one," said Im Da-hye, a physical therapist who drove 2 1/2 hours from a general hospital in Hwasun to visit Muju together with her friends, after the tasting. "I don't know much about wine but think this one would be good for everyone to enjoy with its sweat and soft taste."

Lee Jae-kyung, a middle-aged housewife from Daejeon, said the wine cave gave her a "fresh shock."

"I didn't know before that there was such a good place like this in Muju even though I live in a city that is close by," Lee said.

"The scent of meoru wine was so good," said Lee, who enjoys wine usually at home.

She said she is going to end the day at a forest lodge in Mount Jiri after briefly visiting the firefly festival with her husband in the evening.

Visitors can soak their feet in a foot bath of warm water mixed with wine near the end of the tunnel.

If you had a good time traveling around the town, you probably want to eat some delicious local food.

The dish is made with a puree of just-caught freshwater fish, sticky rice, red pepper paste, garlics, onions and various oriental herbs cooked in a cauldron. Chives and perilla powder are sprinkled on top of the stew that's mixed with steamed rice and hand-torn noodles. 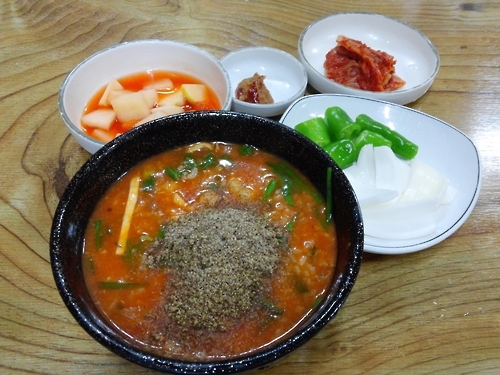