SEOUL, Sept. 8 (Yonhap) -- Choo Mi-ae, newly elected head of the main opposition Minjoo Party of Korea, is set to pay a visit to former President Chun Doo-hwan next week, political sources said Thursday, a move seen as her ongoing efforts to expand the support base of the liberal camp ahead of next year's presidential race.

A close aide to Choo said the visit aims to "bring the different public voices together." It will mark the first time since 2003 that the head of the liberal-leaning political party will visit Chun.

Chun, who was president of the country for seven years from 1981, remains a controversial figure among the liberal opposition bloc for his alleged involvement in the crackdown on the May 18 democracy movement in 1980. Tens of thousands of citizens rose up in Gwangju against the military junta led by Chun, who seized power in a December 1979 coup.

Political pundits said Choo's visit may spark opposition from other party members, especially from those from the South Jeolla Province and Gwangju. 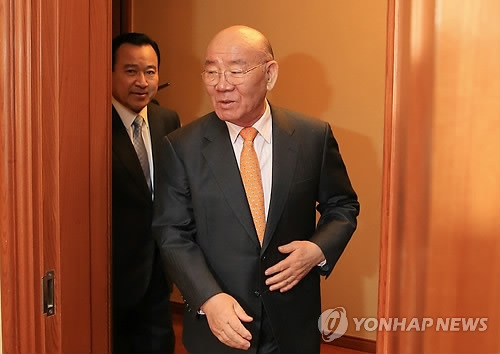