SEOUL, Sept. 8 (Yonhap) -- Prime Minister Hwang Kyo-ahn said Thursday Seoul and the international community will continue to impose sanctions on Pyongyang to make the communist regime give up its nuclear weapons.

"North Korea is focused on developing nuclear weapons, and has been ignoring the international norm for non-proliferations and safety," Hwang said during at the Seoul Defense Dialogue.

The prime minister said the government will also take strong actions against potential terrorism by fundamentalist groups around the globe.

"The fear is rising around the globe as inhumane terrorism attacks are victimizing innocent lives," Hwang said, adding South Korea is joining forces with the United Nations to better cope with such attacks.

The premier added natural disasters and climate changes are also rising as potential threats to national security, stressing Seoul is committed to tackling such issues. 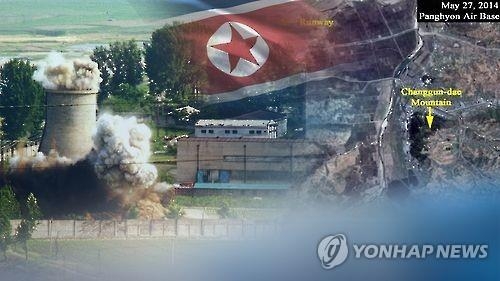 PM vows to induce Pyongyang to give up nuke

PM vows to induce Pyongyang to give up nuke