SEJONG, Sept. 8 (Yonhap) -- The tax burden rate for the corporate community has continuously fallen throughout the two previous and current administrations while the tax load on personal income has risen, a parliamentary report showed Thursday, with a suggestion that there was room for a tax hike.

Such conclusions were drawn as the opposition camp, who wields the majority in the National Assembly, is pressing for a tax increase. The government has stayed the rate for corporate, income and value-added taxes for next year.

The report, compiled by the National Finance Institute at the request of the parliament's special committee on budget and accounts, said the corporate tax burden rate under the present Park Geun-hye administration is 18.4 percent, compared with 27.2 percent during the Kim Dae-jung government (1998-2002), 23 percent under the Roh Moo-hyun government (2003-2007), and 20 percent during the Lee Myung-bak administration (2008-2012).

For personal income, the rate rose from 4.7 percent during the Kim Dae-jung government to 5.4 percent under Roh, 6 percent under Lee and 6.9 percent in the current administration.

The numbers were derived using real profit and income and taxes paid instead of marginal or effective tax rates to eliminate tax exemptions from deductibles.

The results suggest that while the tax burden on the business community has not risen commensurate to its profit increase, it was the reverse for individuals. 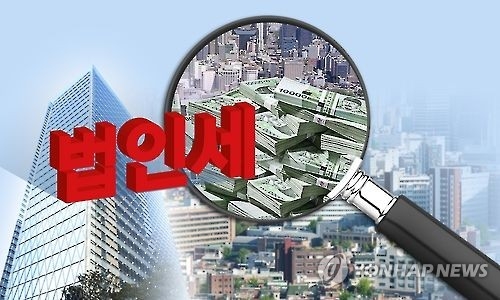 According to figures from the Bank of Korea, corporate income in 2015 reached 249 trillion won (US$228.23 billion), a 532 percent jump from 39 trillion won in 1997. Collected corporate taxes increased 377 percent during the same period.

On personal income, the central bank figures said household earnings in 2015 was 819 trillion won, a 152 percent increase from 324 trillion won in 1997. Collected taxes on the income rose 308 percent during the same time frame.

The load from value-added taxes stayed fairly the same.

"It's important that tax hikes are determined according to economic conditions instead of being agreed or disagreed to according to political stances," the report said.

"With the corporate tax burden rate less than 20 percent, the assessment is that there is room for an increase. If it reaches near 30 percent, then there can be a review for a reduction," it said.

The report also said there was room for a higher burden rate for salaried workers.

"However, when we raise the rate, the burden must first fall on the high income earners," the report said. "The reason is that this will satisfy the economic rationale for effective tax collection, the social rationale for easing the wealth divide, and the political rationale for being able to persuade the public," it said.
(END)