"Georgia Gotica has a deep and rich coffee scent, and Lee whose acting career stretches 10 years resembles this image," the Atlanta-based firm said through a local PR agency. "We're going to publicize the attractiveness of Georgia Gotica through Lee, who is beloved for his many charms."

Lee is to appear in a TV commercial for the coffee brand starting next month.

The actor catapulted to stardom with his role in the 2009 soap opera "Boys Over Flowers," and has starred in a variety of films and TV dramas, such as "City Hunter" and "The Heirs."

Most recently, he appeared in "Bounty Hunters," a South Korea-Chinese co-produced action film that opened on July 1. In November, he is set to appear in an SBS TV series whose title roughly translates to "Legend of the Blue Sea" together with Jun Ji-hyun, the "My Love from the Star" heroine, who also has a large following in China. 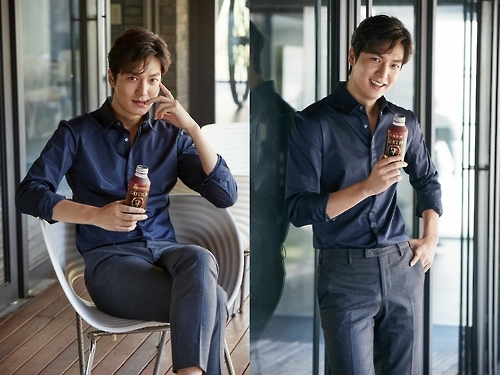