The 67-year-old was found dead in his Seoul office by an employee. The apparent suicide came on the heels of an indictment over fraud charges in late July.

Ha had also faced fraud allegations in November 2015, an ironic development because he had been named the honorary ambassador for the National Police Agency seven months earlier and had been tasked with raising awareness of voice phishing scams.

Weeks before fresh fraud charges emerged in July, Ha was investigated for aiding and abetting impaired driving when his wife got into an accident under the influence with Ha in the passenger seat.

Well before he found his name in these police reports, though, Ha had been an iconic baseball commentator on television.

He began playing baseball in high school but quit the sport while in college. He later said he didn't feel he was made for a team sport.

Ha took a job as a phys-ed teacher after college and got into broadcasting in 1979.

Then with the launch of the Korea Baseball Organization (KBO), the top professional league, and his move to KBS, a major terrestrial network, Ha's career took off. 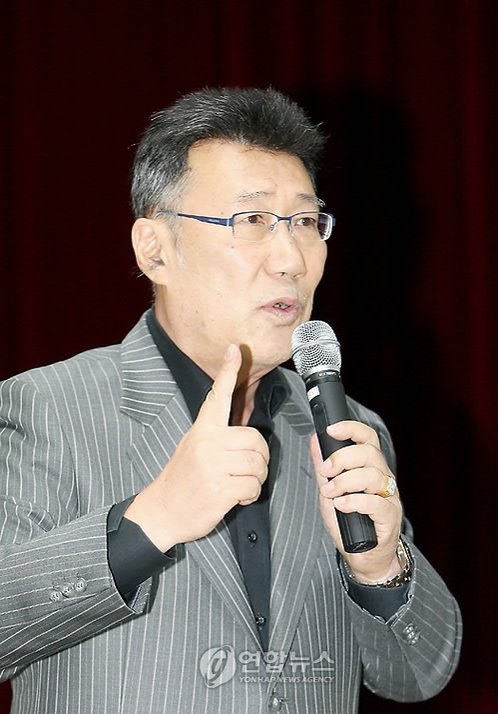 Ha built his reputation for correctly guessing pitch types during telecasts. Whenever he was wrong, Ha still endeared himself to viewers by saying, "Well, you just never know in baseball."

Ha developed into an omnipresent figure on talk shows, too. Then in May 2006, Ha was named the secretary-general of the KBO, the first ex-commentator to take over the job.

He was the national team general manager when South Korea won the 2008 Beijing Olympic gold medal and again when it finished second at the 2009 World Baseball Classic.

After the Olympic victory, Ha once said, "When I die, I hope my epitaph will say, 'General Manager of the Beijing Olympic Champion.'"

Ha left the KBO in March 2009 and returned to broadcasting. By then, the KBO coverage expanded to cable television, with a handful of young former KBO and major league players having taken over the booths. Ha never regained his past glory.