SEJONG, Sept. 8 (Yonhap) -- The South Korean economy has hardly shown clear signs of recovery in recent months, as a slight upturn in exports was counterbalanced by slowing private consumption, coupled with rising uncertainties in the face of an imminent U.S. rate hike, a government report said Thursday.

"Recently, the economy is experiencing a slowdown in domestic demand due to the expiration of a tax-cut program, with exports posting a rebound on one-off factors," the finance ministry said in its monthly economy assessment report called the "Green Book." 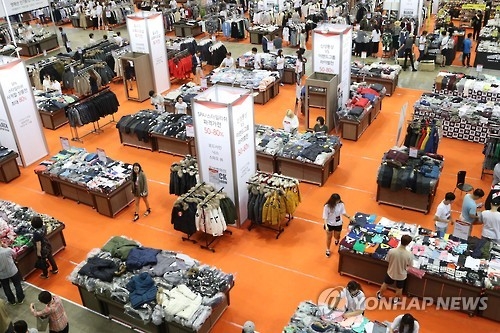 According to the latest data, retail sales, which had been the mainstay of the demand side, fell 2.6 percent in July from a month earlier due to a sharp drop in durable goods like passenger cars.

Sales of automobiles plunged 26.4 percent on-month in July following the end of the government-led excise tax benefit policy on June 30, while the figure marked a 24.1 percent jump in June.

The ministry report also noted that the end of the excise tax benefit program continued to weigh heavily on domestic consumption as car sales fell 11.1 percent on-year in August.

The service industry saw its production retreat 0.7 percent in July from a month earlier due to a drop in car sales and a month-long heat wave that discouraged economic activity throughout the country.

The production side, on the other hand, showed some improvement on one-off factors, which is hardly strong enough to fully offset a slowdown in the consumption side.

Industrial output turned around to mark a 1.4 percent on-month gain in July from a 0.4 percent fall, led by increased production during the Summer Olympics period.

The country's outbound shipments rose 2.6 percent in August, marking the first positive monthly growth since December 2014 on the back of increased working days and upbeat exports of semiconductors and vessels.

"The South Korean economy is facing downside risks at home and abroad including global financial uncertainties stemming from a possible U.S. rate hike, and impact of the on-going corporate restructuring," said the Ministry. "The government will take aggressive fiscal action to cushion any fallout from the heightened uncertainties."

The government earlier announced a set of measures to pour in nearly 30 trillion won (US$27.05 billion), including 11 trillion won worth of extra budget, to boost Asia's fourth-largest economy. 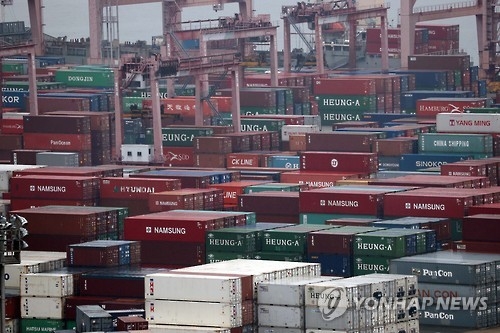