SEOUL, Sept. 8 (Yonhap) -- Prosecutors said Thursday they will question Lotte Group founder Shin Kyuk-ho at his office later in the day over a string of corruption allegations raised against the conglomerate.

The Seoul Central District Prosecutors' Office said because of Shin's health issues, its officials will carry out the questioning of the 93-year-old business tycoon at his office in Hotel Lotte in Seoul, starting at 3:30 p.m.

Prosecutors met with Shin the day before to examine his overall health. Shin, citing poor health, has been asking investigators to visit him to carry out their probe.

During Wednesday's meeting, Shin denied the allegations, saying he had ordered his employees to reduce the tax payment, not evade it, according to Shin's spokesperson Thomas Hong.

"I will pay if anything (has been evaded unlawfully)," he was cited by Hong as saying.

Shin also claimed that the statute of limitation on the stock transfer issue has expired, according to the spokesperson. 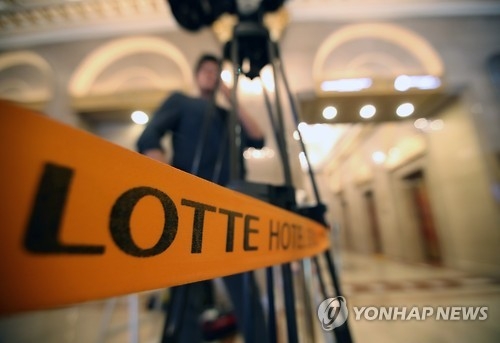 Prosecutors to question Lotte founder at his office

Prosecutors to question Lotte founder at his office