SEOUL, Sept. 8 (Yonhap) -- The money supply in South Korea grew nearly 7 percent on-year in July due to increased deposits, both in local and foreign currencies, by households and companies, the central bank said Thursday.

The data came a day before the BOK's scheduled monthly rate-review session. Analysts said they expect the BOK to hold the key rate steady at a record low 1.25 percent for September.

Meanwhile, the country's liquidity aggregate, the widest measure of the money supply, grew 7.8 percent in July from a year earlier.

The liquidity aggregate, the broadest measure of the nation's money supply, covers currency in circulation, all types of deposits at financial institutions and state and corporate bonds. 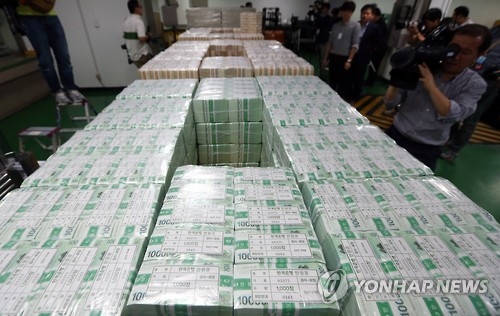