SEOUL, Sept. 8 (Yonhap) -- South Korea rolled out a package of measures Thursday to fuel the growth of the country's bio-health industry, aiming to become a global powerhouse in the sector and add nearly 1 million new jobs, the health ministry said.

The comprehensive plan for the next four years was finalized in a meeting presided over by Prime Minister Hwang Kyo-ahn and announced by the Ministry of Health and Welfare.

It marks the first time for the government to map out the comprehensive plan following concerns over a lack of a coordinated strategy and overlapping projects by government offices and relevant institutions.

Under the plan, South Korea aims to become a global biotech and medical industry hub by investing more in research and development (R&D) on medicine, medical devices and cosmetics.

The government forecast that 940,000 new jobs will be created by 2020 in the industry that is widely viewed as the nation's next growth engine after IT.

First, the government will offer higher tax benefits and incentives for clinical trials of indigenous drugs and investment on R&D facilities, officials said.

The combined exports of medicine, medical instruments and cosmetics jumped to 9.3 trillion won (US$8.5 billion) in 2015 from 4.7 trillion won in 2011, data showed. 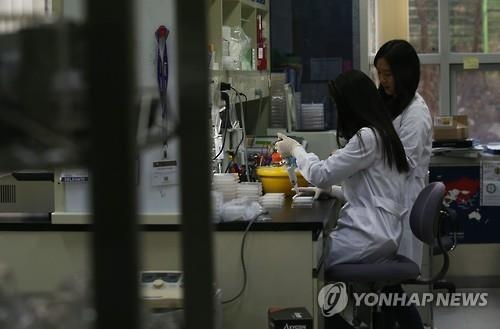 The government forecast outbound shipments of the three to increase up to 20 trillion by 2020 on the back of various support measures.

In recent years, local pharmaceutical companies have become more competitive on the global stage on the back of robust R&D spending and policy backup by the government.

Medicine exports by South Korean pharmaceutical firms jumped by 22 percent in 2015 from a year earlier, the biggest on-year rise in five years.

"The government plans to support various measures so that our products in medical, medical instruments and cosmetics sectors would lead the global market where there is fierce competition," said a health ministry official.

The government will also expand the R&D budget for the development of various medical devices and put effort into improving distribution channels to further foster exports.

To further enhance competitiveness, the government plans to increase the number of homegrown drugs from the current three to 17 by 2020.

Also, the government plans to expand support to local drug firms in an aim to expand the number of generic drugs from five in 2015 to 10 by 2020, officials said. 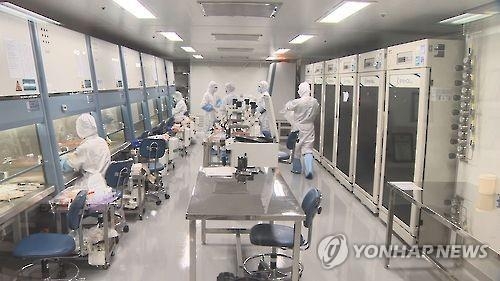 "The global bio-health industry is forecast to increase by 5.3 percent annually from 2015 to 2010 to become almost $11 trillion," said a ministry official. "South Korea will be able to grow into the global powerhouse with good manpower and technology."

The local bio-health industry only accounts for 1.4 percent of the global market, data showed. However, the local industry is forecast to log an annual 5.7 percent growth by 2020.

The ministry said it will support expanding R&D investment in anti-aging products and other cosmetics.

With the plan, the government expects that two local cosmetics firms would rise to rank among the top 10 global firms by 2020 and the revenue from the overseas shipments of cosmetics to jump to 23 trillion from 11 trillion in 2015.

The ministry will expand the R&D budget for the development of stem cell and gene therapy as well as create funds to support bio startups.

South Korea's stem cell research has been in deep freeze after stellar stem-cell scientist Hwang Woo-suk was convicted in 2009 for embezzlement and bioethics violations after falsifying results in 2005.

The government said it aims to commercialize stem cell research to further apply to patients by streamlining relevant policies and paperwork.

The ministry also rolled out measures to expand the growth of precision medicine, one of nine strategic projects announced earlier by the government aimed at securing the nation's new growth engines and enhancing the quality of life for the general populace.

Designated as an emerging approach, precision medicine is a treatment method that takes into account individual variability in the genes, environment and lifestyle of each person.

The government said it plans to build a genome database from more than 100,000 participants and establish a platform so that relevant institutions can share such information.

The government announced on Monday that it will invest in a state project to construct high-tech medical industrial clusters by 2018 to become the new homes for companies in the medical services industry and laboratories engaged in the development of new drugs, medical equipment and clinical experiments.

The government plans to build the necessary infrastructure, attract top-level laboratories including top-notch universities and talented researchers and create a system for joint research and development activities,

The central government will provide key facilities and devices essential for developing new drugs and medical equipment that are too expensive for individual companies and laboratories to buy themselves.

With the measures, the government plans to increase the 'healthy life' expectancy from 73 in 2015 to 76 in 2025, officials said. 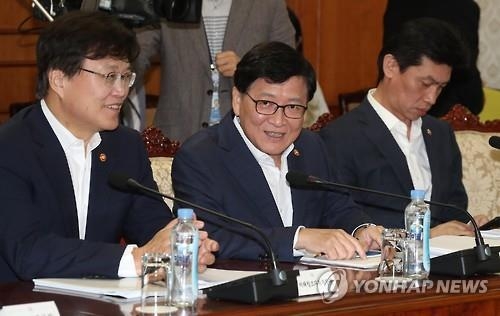