CHEONGJU, South Korea, Sept. 8 (Yonhap) -- The World Martial Arts Masterships, an international martial arts competition inaugurated by South Koreans, will have an upgraded status from the next edition by seeking the active participation of star athletes through a high rewards system, a chief advisor of the event said Thursday.

Heo Keon-sik, the head of the expert advisor commission within the mastership's organizing committee, said that the organizers are working to equip the masterships with a unique reputation to attract top class martial arts practitioners around the world by cooperating with international federations.

"It's important how athletes recognize and perceive our competition," he said. "We will keep working on building up the reputation of 'Martial Arts Olympics.'"

Heo is considered the orchestrator of the event, advising from planning to operation, and is also one of the 35 founding members of the World Martial Arts Masterships Committee (WMC), the organization established earlier this month, to manage the competition systemically and build the legitimacy of the event. 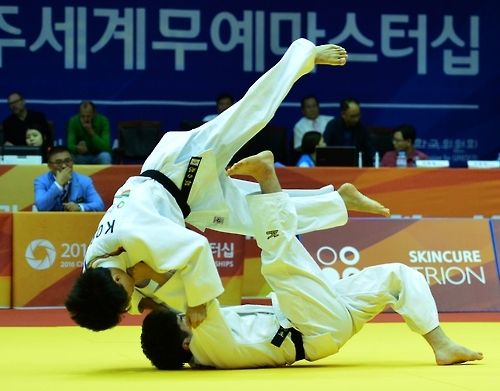 The inaugural masterships wrapped up its week-long journey in the city of Cheongju, some 130 kilometers south of Seoul, on Thursday with some 1,900 athletes and officials from 81 countries competing in 17 disciplines including kickboxing, taekwondo, and kendo. The WMC said the second edition of the competition will be staged in 2019 in North Chungcheong Province with the exact host city to be determined later.

Local martial arts fans wasn't able to enjoy the fully-prepared competition from the first edition of the masterships. The organizers said some 200 athletes didn't show up due to visa problems and budget issues. And for popular disciplines like taekwondo and judo, fans were not able to see top class fighters whom they watched at the Olympics or the World Championships.

Heo said Olympian taekwondo or judo practitioners are eligible for the masterships, but they only have to compete in non-sparring disciplines. In the masterships, taekwondo poomsae and judo kata are staged for the competition. Both poomsae and kata refers to choreographed patterns of movements or form of their respective martial arts.

"Top taekwondo athletes who compete in sparring didn't come here," he said. "But if you have watched the competition, poomsae or kata events are as popular as the sparring events." 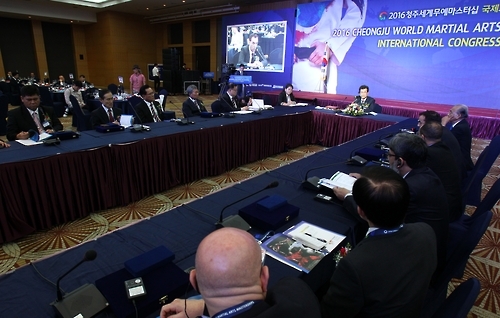 "If we conduct sparring events right now, only minor fighters will come," he said. "We first need to build up the reputation of the competition."

Heo said in order to bring top-class and star athletes, the WMC will work with each martial arts international federations to give world ranking points to top performers at the masterships. He added the organizers will report their plan and the result of the masterships at SportAccord meetings, including its 2017 convention in Aarhus in Denmark, for the cooperation.

SportAccord is an umbrella organization for international sports federations that has 92 members including FIFA. SportAccord Vice President Stephan Fox is also a member of the WMC.

In a bid to add legitimacy to the masterships, Heo said the WMC will also work with the World Anti-Doping Agency (WADA) for doping controls. For the inaugural masterships, the doping system was managed by the organizing committee. He added the WMC officials will fly to the WADA headquarters in Montreal, Canada, in upcoming months.

"International Olympic Committee (IOC) member Syed Ali who was visiting the masterships told us that presence of star athletes and effective doping control are key to making a major sporting event," he said.

Heo said the WMC will try to make the masterships more competitive by expanding the number of martial arts in the competition, while excluding martial arts that received poor evaluation here. He added events like belt wrestling could be kicked out from the competition after only nine athletes showed up from 118-man entry.

"We are discussing the possibility of increasing disciplines from 17 to 25 from the next edition," he said. "We want to invite martial arts that have a reliable system in their international federations. If you look at taekwondo and judo events here, their operation and management are already different from others."

Heo, however, said the masterships will keep its unique style, different from the Olympics or other major competitions.

"We will try to balance between the IOC style and the UNESCO traditional sports and games (TSG) style martial arts," he said. 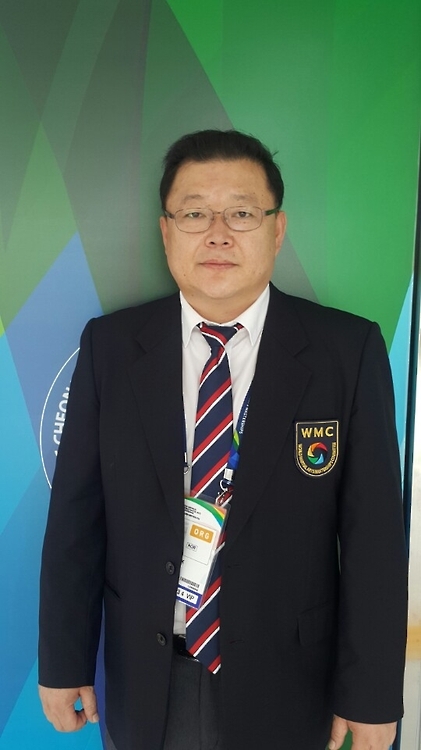