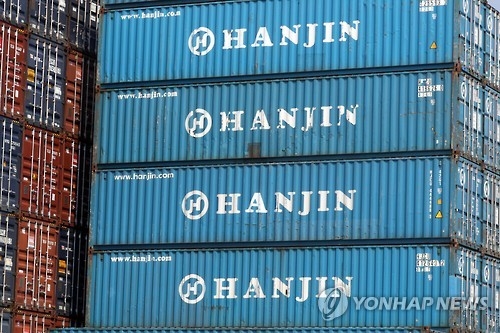 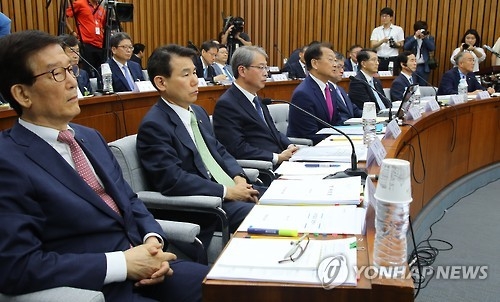 As to the controversial assistance to Daewoo Shipbuilding & Marine Engineering Co., a troubled shipbuilder, the finance minister said it was inevitable for its creditors to have done so.

Last year, its creditors, led by the KDB, pledged a 4.2 trillion won in aid to Daewoo Shipbuilding, which reeled from massive losses in the face of a prolonged industrywide slump and increased costs stemming from a delay in the construction of offshore facilities.

"If we did not provide aid (to Daewoo Shipbuilding), the company might have immediately suffered losses," Yoo said. "We have sensed the risk of accounting fraud at that time to some degree, but we judged that the shipbuilder needs it (financial aid)."

The country's top policymaker stressed that a demise of Daewoo Shipbuilding would have cost the country trillions of won.