SEOUL, Sept. 8 (Yonhap) -- The international community must work together to put pressure on North Korea so it can conform to international rules of weapons of mass destruction (WMDs), the head of an intergovernmental arms control organization said Thursday.

"For several years now, we have written letters to North Korea together with the UN Secretary General Ban Ki-moon. I sent letters to the head of the state (North Korea). But all those efforts unfortunately were unanswered," Ahmet Uzumcu, secretary general of the Organization for the Prohibition of Chemical Weapons (OPCW), said in a group interview held on the sidelines of the Seoul Defense Dialogue 2016 to be held through Friday in Seoul.

The communist country has so far not responded to any of the overtures on chemical disarmament, the OPCW chief said. 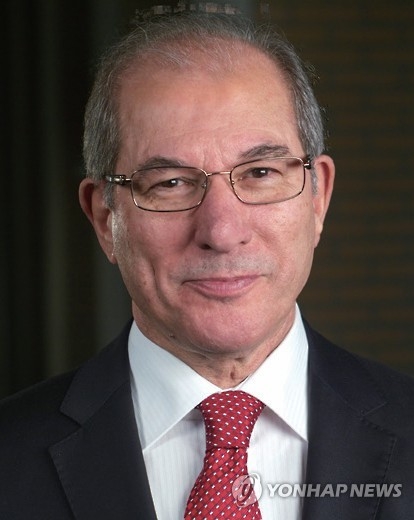 Uzumcu said the international community should urge North Korea to review its position on chemical weapons. He said from the OPCW's point of view, it doesn't make sense for Pyongyang to stay away from the Chemical Weapons Convention (CWC).

He asked the North to join the CWC without delay and to comply with obligations to eliminate chemical weapon stockpiles and never develop and produce them again.

After almost 20 years in force, the CWC has proven itself to be the "most effective tool for achieving chemical disarmament." It has 192 member states and more than 92 percent of declared stockpiles of chemicals weapons were destroyed under the OPCW's oversight. The last of these weapons are expected to be destroyed in 2023.

North Korea is one of only four countries -- alongside Egypt, Israel and South Sudan -- that have not yet joined the CWC.

The communist country is widely suspected of having a chemical weapons reserve and production facility.

"North Korea is not a member yet to the CWC. Therefore, we are not able to confirm the information which is available publicly. (Public information) has it that North Korea does possess chemical weapons stockpiles and the estimates are 3,000 metric tons. It has also production facilities for 16 to 18 kinds of chemical weapons," he said.

Though reports of chemical weapons being used mainly come from the Middle East, nobody can afford to be complacent: chemical terrorism has become a "grim reality" that should command high attention and resolute joint efforts by the international community, the director general said in a press conference held right after the interview.

The only way to remove any doubts in this regard is by becoming a member of the CWC. The international community must accordingly work as one to achieve universal adherence to this vital norm, he said. 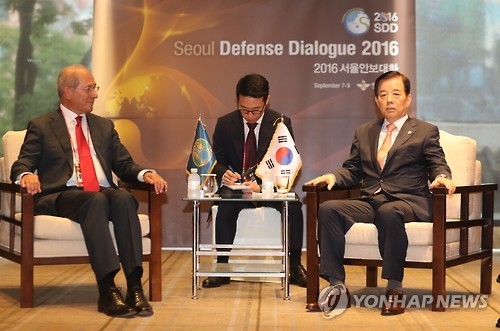 Separately, he met South Korea's Defense Minister Han Min-koo during the defense forum in Seoul to exchange views over cooperative measures that can be taken to ease escalating tensions on the Korean Peninsula, the defense ministry said.

Military leaders from 33 countries gathered at the annual defense forum. They are expected to discuss measures to tackle North Korea's growing nuclear ambitions.

However, China's officials didn't participate in the forum this year in an apparent protest against Seoul's recent decision to deploy an advanced U.S. anti-missile defense system on its soil by 2017.

China has argued the system's powerful radar could be used to spy on its military moves.

(Yonhap Interview) Int'l community must put pressure on N. Korea to give up WMDs

(Yonhap Interview) Int'l community must put pressure on N. Korea to give up WMDs