ULJU, South Korea, Sept. 8 (Yonhap) -- The Ulju Mountain Film Festival (UMFF), the first of its kind in the country, will open in the southeastern county of Ulju from Sept. 30 to Oct. 4 with 78 movies from 21 countries in the offering.

The UMFF, being held in the county 414 kilometers from Seoul, will feature five sections -- including international competition, alpinism, climbing, adventures and exploration, and nature and people.

The international competition will show selected best films from around the world. With 182 films submitted from over 40 countries, 24 have reached the final competition, including two from South Korea. "Jurek," which trails the life of Polish mountaineer Jerzy Kukuczka during the country's socialist years, and the similar-themed "Panaroma" and "Tom," which link generations through mountaineering, are among the competitors. 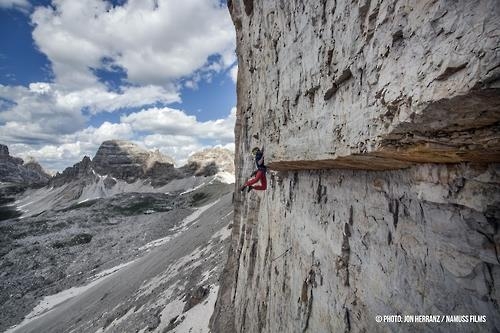 Movies like "Showdown at Horseshoe Hell" and "Golden Gate" show young climbers enjoying the sport in their own way, telling viewers what brings out the passion in alpinists. Other films will sound alarms about the changes in the natural environment.

The two South Korean films in the competition category are "Story of Annapurna," which portrays pure admiration for mountains, and "The Time of Two Boys," an animation about lives intertwined with nature.

The alpinism section is intended to show the infinite challenges and bravery of professional climbers.

UMFF organizers said alpinism is "not simply about climbing a high mountain, but the ethical act of cherishing the process of climbing."

"I-View" follows the challenges of legendary Italian mountaineer Simone Moro who was undeterred in finding new routes. "E.B.C 5300M" has caught on camera the details of a base camp 5,300 meters above sea level on Mount Everest. "Ascension" portrays climbing in a more witty way.

In the climbing section, all genres of the sport, including rock climbing and ice climbing, are shown on screen. The movie "Into the Light" is about Chris Sharma, the first man to successfully scale the rocks of 5.15 difficulty grade, said to be the human limit, who reaches the top of one of the world's largest cave chambers.

In "Africa Fusion," viewers will be treated to the beauty of South Africa, combined with almost divine skills of the world's first solo climber Alex Honnold and his friends as they travel through the country to scale the rocks.

Conrad Anker provides the story for "Always Above Us," which tells the exploits of the ice climber.

In the adventures and exploration section, submitted films follow people who enjoy different mountain sports and travel. In "Chasing Niagara," a professional kayaker is documented during his three years preparing for a descent down the waterfall. People leap from the Alps and skyscrapers in their quest to fly in "Wingmen." 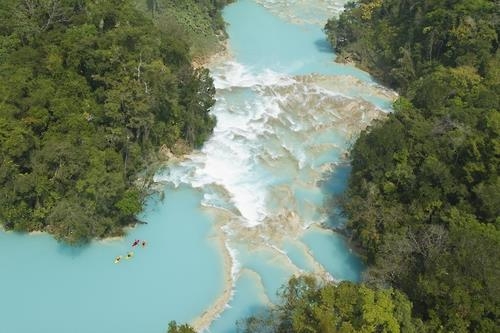 "Darklight" will entice the viewers with the acrobatic skills of mountain bikers zapping their way in the dark. "The Journey Home" is a family movie about a boy who willingly goes up against dangers and hardships to find the mother of a lost baby polar bear.

The nature and people section, according to Choi Sun-hee, the chief programmer of the event, is where different aspects of people in nature are shown from all corners of the world through 10 films -- from South Korea, China and Taiwan to Scotland, the United States, Iceland and Greenland. 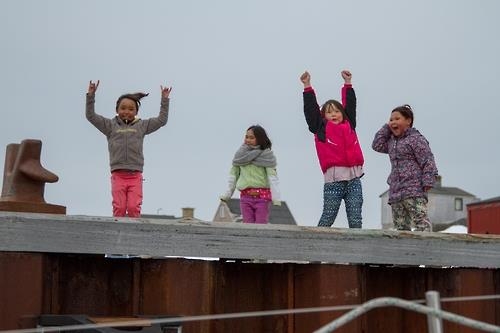 "Into the Mountain" tells what mountains mean to Asians. In "Cailleach," the starring grandmother is stubborn and lonely, but her life is an abundant one with nature and animals as her companions. There is also "Kroger's Canteen" about the efforts and sacrifices of people at a mountain aid station. "Shifting Ice+Changing Tides" will tell it as it is about global warming as seen from how Greenland has changed. Family movies include four animations from South Korea featuring nature, animals and the natural environment of the country.

UMFF held a pre-festival last year in the runup to this year's full-fledged event.

"We will develop the UMFF into one of the world's top three mountain film festivals, on par with the Trento Film Festival of Italy and the Banff Mountain Film Festival of Canada," said Shin Jang-yeol, the Ulju County chief and chief organizer of the film event.
(END)