Slightly more than 69 percent of tickets sold in local cinemas were for Korean films and 30.9 percent were non-Korean films, according to the August report on the Korean film industry by the Korean Film Council (KOFIC).

The high share for Korean films was in large part attributable to the success of the four most-anticipated local films of the summer peak season: "Tunnel," "The Last Princess," "Operation Chromite" and "Train to Busan."

The four films took up the top four positions on the monthly chart for August uploaded on the KOFIC's Website.

"The Secret Life of Pets," an animated American film, came in the fifth place.

Also in August, local theaters had a total audience of 29.94 million, down 3.1 percent from a year ago. Their combined sales also declined by 0.7 percent to 237.6 billion won. 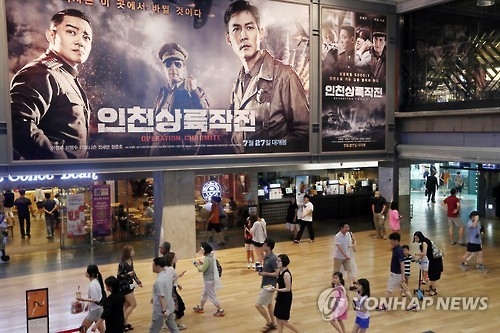