SEOUL, Sept. 8 (Yonhap) -- A local court on Thursday ruled in favor of the government and said it is legitimate not to disclose the list of writers or the review board of the state-authored history textbooks to be reintroduced next year until editing is completed.

The Seoul Administrative Court dismissed the suit filed by the Center for Freedom of Information and Transparent Society, seeking nullification of the education ministry's decision not to disclose the list.

In November last year, the government announced it would revise the current textbook publication system so that middle and high school students will learn Korean history through national textbooks starting in the 2017 school year.

The decision has sparked a nationwide protest from opponents who said the decision could lead to the glorification of former dictators of the country, including late President Park Chung-hee, the father of incumbent President Park Geun-hye.

"If the list is revealed (at this time), the writers and board members may be subject to severe mental stress from home and at work, which could noticeably hinder their fair execution of duties and research," the court said.

"The defendant is planning to disclose the list once the writing and reviewing process is completed," it said, referring to the Education Minister Lee Joon-sik. "The plaintiff's right to know is likely to be fulfilled in a few months."

The Ministry of Education said it is planning to reveal the list of writers in November.

The civic group said it will review other ways to deal with issue, instead of appealing the ruling. 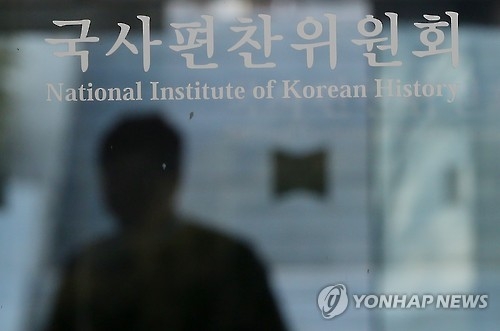