SEOUL, Sept. 8 (Yonhap) -- A lawmaker from the ruling Saenuri Party proposed a new bill on Thursday to classify military-related corruption as a form of aiding and abetting the enemy, paving the way for courts to hand out stricter punishment including the death penalty.

Under South Korean law, any action benefiting the enemy can land a person in jail for at least five years, with more serious offences leading to capital punishment.

"Irregularities in the military have an adverse impact on national defense that leads directly to the safety of the people," Rep. Sin Sang-jin said, adding the existing system cannot sufficiently root out military-related corruption due to ineffective punishment.

The public has been speaking out on bolstering punishment for those involved in military-related corruption, especially amid increasing threats from Pyongyang.

The two Koreas remain technically at war to this day, since the Korean War (1950-53) ended in a ceasefire, not a peace treaty. 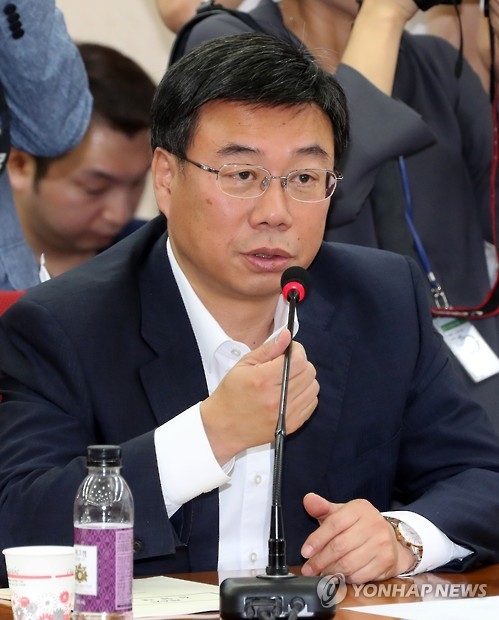