WASHINGTON, Sept. 8 (Yonhap) -- The U.S. House of Representatives adopted a resolution calling for greater trilateral cooperation between the U.S., South Korea and Japan to cope with ever-growing nuclear and missile threats from North Korea.

The resolution (H.RES.634), which was introduced in March by Rep. Matt Salmon (R-AZ), passed on Wednesday, two days after North Korea test-fired a barrage of three Rodong medium-range ballistic missiles in the latest in a series of banned missile launches in defiance of the international community.

The passage also came just a day after the House reopened following a summer recess.

"A strong United States-Republic of Korea-Japan trilateral relationship is a stabilizing force for peace and security in the region, with capabilities to combat future provocations from North Korea," the resolution said.

The resolution called for expansion of information and intelligence sharing between the three countries and stressed the importance of three-way cooperation "in tracking North Korea human rights violations and holding it accountable for its abuses against its citizens and the citizens of other countries."

The United States has long sought to bolster trilateral security cooperation with South Korea and Japan as a counterbalance to China's rise, leading efforts to put together the three-way military intelligence sharing agreement signed in late 2014.

The deal paved the way for Seoul and Tokyo to share such intelligence via the U.S. after the two countries failed to strike a bilateral intelligence sharing deal in 2012 due in part to negative public sentiment in South Korea about signing such a pact with the former colonial ruler.

The U.S. push for trilateral cooperation got a boost from a landmark agreement between South Korea and Japan in late December on resolving the issue of Japan's wartime sexual slavery, a major thorn that had soured not only relations between the two countries, but also three-way cooperation with the U.S.

The House resolution also noted that the North conducted its fourth nuclear test in January and a long-range rocket launch the following month. It said the communist nation "has an estimated stockpile of nuclear material that could be converted into 10–16 nuclear weapons, with clear intentions to continue nuclear proliferation activities." 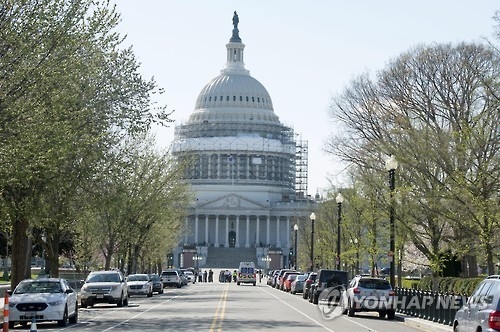