WASHINGTON, Sept. 8 (Yohap) -- The ballistic missiles that North Korea test-fired earlier this week are believed to be a longer-range version of the Scud missile, not the medium-range Rodong missile as determined by South Korea, a U.S. expert said Thursday.

Jeffrey Lewis, a North Korea missile expert at the Center for Nonproliferation Studies, told the Diplomat magazine that based on analysis of pictures released by the North, he believes that they are the Scud-ER (extended range) missiles.

Lewis was quoted as saying that according to the images, the launchers use a slightly larger cradle, but appear to otherwise be the same kind that Pyongyang uses for other missile launches.

The Scud-ER is a variation on the Scud-C with an elongated fuselage to store additional fuel. The missile is believed to be capable of flying about 1,000 kilometers with a 500 kilogram payload, the report said.

After Monday's launches, South Korea's Joint Chiefs of Staff said that the North fired three Rodong medium-range missiles off its east coast and the missiles flew about 1,000 km and landed in waters some 400 km inside Japan's air defense identification zone.

The U.S. Strategic Command said that two of the three missiles were "presumed to be intermediate range ballistic missiles" and the type of the other missile was still being assessed.

The command did not further specify whether the intermediate-range missiles were Rodong as assessed by South Korea's military, or the longer-range Musudan missile, which is believed to be capable of reaching the U.S. territory of Guam.

Melissa Hanham, another expert at CNS, also told the Diplomat that the latest launches suggest the North is likely eager to emphasize its capability to saturate any allied missile defense capability with its existing missiles, as the U.S. and South Korea are working to deploy the THAAD missile defense system. 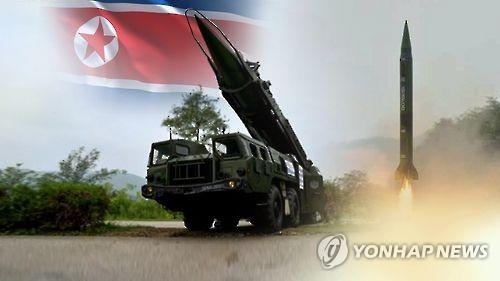