Park began her official visit to the Southeast Asian country Thursday after a series of bilateral and multilateral summits in the Laotian capital, the third and last leg of her eight-day trip that also took her to Russia and China.

It is the first time that a South Korean president has officially visited Laos.

Aside from economic issues, the two leaders will exchange views on North Korea's escalating nuclear and missile threats and joint efforts to tackle them, Cheong Wa Dae said.

"The summit this time will add fresh momentum to the development of bilateral relations by deepening and expanding exchanges with the new leadership of Laos, which took office in April," Kim Kyou-hyun, senior presidential secretary for foreign affairs, told reporters.

Diplomatic ties were severed after Laos became communized in 1975, but the two nations restored formal relations in 1995. North Korea has maintained diplomatic relations with Laos since 1974. 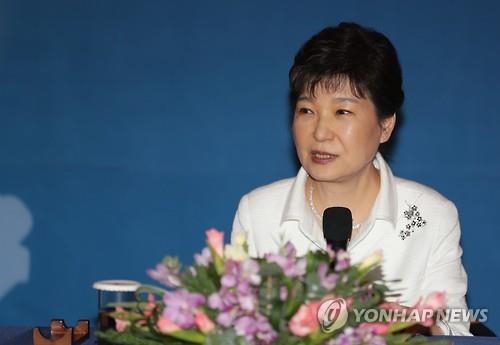