(ATTN: UPDATES with North Korea's confirmation of nuclear test; ADDS responses and details throughout)
By Choi Kyong-ae and Kim Soo-yeon

A magnitude 5 earthquake was detected near the North Korea's nuclear site of Punggye-ri in its northeastern region at around 9:30 a.m., Seoul's Joint Chiefs of Staff (JCS) said in a statement.

"We estimate the North has carried out its biggest test to date given the yield of the North's nuclear test that reached 10 kilotons," the statement said.

Four hours after an artificial earthquake in the North made global headlines, the communist state confirmed it conducted its fifth nuclear test to determine the power of its nuclear warhead.

"The nuclear test finally examined and confirmed the structure and specific features of movement of nuclear warhead that has been standardized to be able to be mounted on strategic ballistic rocket, as well as its performance and power," the Nuclear Weapons Institute of the DPRK said in an English article carried by the North's state-run Korea Central News Agency.

The DPRK is the acronym of the North's official name, which stands for the Democratic People's Republic of Korea. 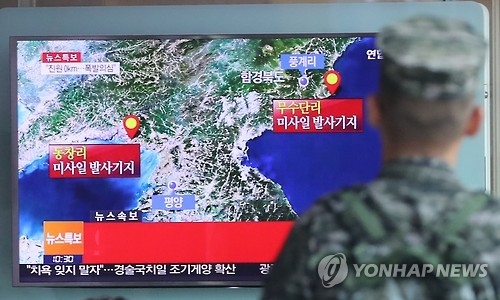 Immediately after the artificial quake, South Korea's military held an emergency video conference headed by JCS Chairman Lee Sun-jin and placed its military forces on full alert so Seoul could react "sternly and strongly" in case of further provocations from the North.

Citing the nuclear test as a "grave provocation," the government warned the Kim Jong-un regime to immediately give up its nuclear and missile programs completely and irreversibly in a transparent manner.

"This (nuclear test) is a clear violation of U.N. Security Council resolutions and a grave challenge to the international community," President Park Geun-hye said during an emergency meeting with her aides in Laos, the last leg of her three-nation trip that also includes China and Russia.

Experts say Pyongyang carried out a nuclear test to demonstrate its military capability as it marks the 68th anniversary of the regime's foundation on Friday. 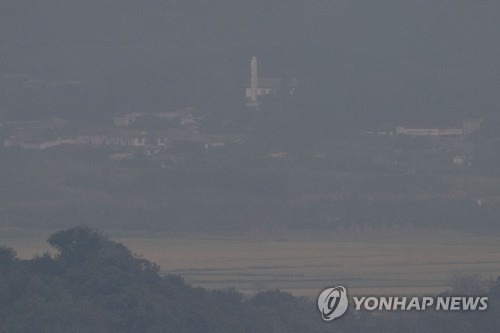 The epicenter is believed to be the same as the location where North Korea conducted its fourth nuclear test in January. Pyongyang also conducted nuke tests in 2006, 2009 and 2013.

For comparison, the Hiroshima bomb had a 16 kiloton yield. The North's yield is about 60 percent of the destruction power proven of the U.S. bomb, which turned the Japanese city into ashes during World War II.

North Korea has threatened to conduct a fifth nuclear test, claiming it has the full capacity to carry out pre-emptive nuclear strikes. In March, North Korean leader Kim Jong-un ordered his officials to conduct a nuclear warhead test and more test-fires of ballistic missiles as soon as possible.

The foreign ministry said it is discussing the issue with the United States and other countries via diplomatic channels.

Related to North Korea's latest act, the White House said it is aware of the seismic activity near the North's nuclear site.

Japan was quick to respond, with its Prime Minister Shinzo Abe saying North Korea's additional nuclear test can never be tolerated and that if it turns out to be true, Japan cannot help but express strong protest.

Still, China has not expressed its official stance toward the test.