The MOUs, mostly about economic cooperation, were inked after the summit between South Korean President Park Geun-hye and her Laotian counterpart Bounnhang Vorachith in Vientiane. Laos is the third and last leg of Park's eight-day trip that also took her to Russia and China.

Among them were a set of MOUs to beef up cooperation in nurturing Laotian medical professionals, preventing infectious diseases and introducing telemedicine services, which will enhance Laos' welfare system and pave the way for South Korea's medical industry to make inroads into the Southeast Asian region, Seoul officials said.

The MOUs will boost the "South Korea-Laos Seoul Project" through which Seoul has conducted joint medical research, trained Laotian medical professors and provided telemedicine-related assistance. Since 2011, the project has trained 72 Laotian professors.

The project is modeled after the "Minnesota Project," an aid program that Washington carried out from 1955-61 to help lay the foundation for South Korea's medical sector. Under the project, 226 South Korean professors, including 77 doctors, received training in the University of Minnesota.

The MOUs, signed Friday, also include a set of arrangements to bolster agricultural cooperation by sharing policy information and expanding technological exchanges, and to construct an eco-friendly energy town in Laos.

The eco-friendly town project is Seoul's key initiative to combat climate change and bolster new energy industries. The town features a set of plants to generate clean energy through the processing of natural and renewable resources, such as biomass and solar energy.

South Korea's Export-Import Bank signed a loan arrangement -- worth US$53 million -- with Laos' finance ministry to support a project to manage the areas along the Mekong River in Champasak Province, southern Laos. 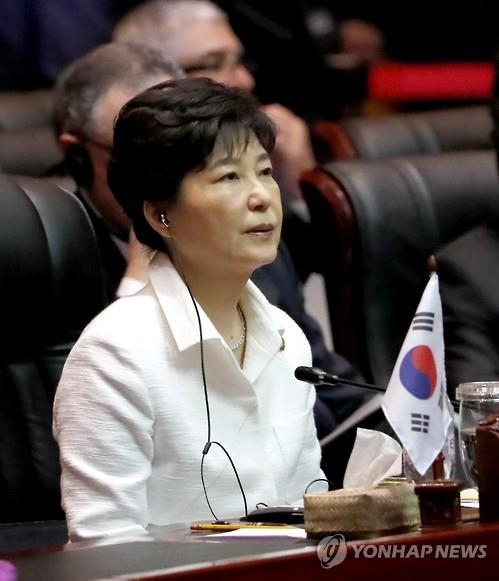