SEOUL, Sept. 9 (Yonhap) -- When you're hot, you're hot. Just ask Kang Jung-ho, the third baseman for the Pittsburgh Pirates.

Kang hit a two-run double against the Cincinnati Reds at PNC Park in Pittsburgh on Thursday (local time), helping the Pirates to a 4-1 victory. 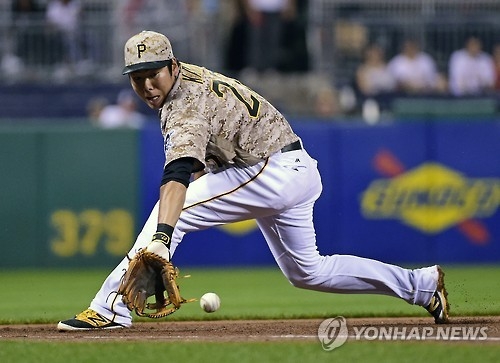