"This (nuclear test) is a clear violation of U.N. Security Council (UNSC) resolutions and a grave challenge to the international community," Park said during an emergency meeting with her aides in Vientiane, the last leg of her three-nation trip.

During the talks, the two sides agreed to mobilize "all means available," including a stronger UNSC sanctions resolution, and to apply stronger pressure on the North, Park's office Cheong Wa Dae said. 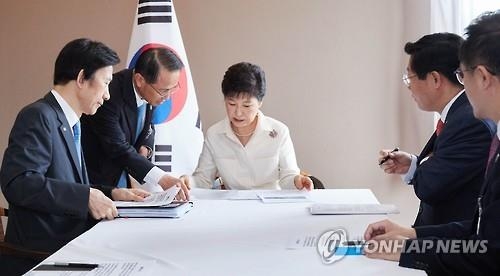