SEOUL, Sept. 9 (Yonhap) -- A local court on Friday acquitted a 41-year-old woman who was accused of forcing her husband to have sex with her, which was the first case in the country for a wife to stand trial for allegedly raping her husband.

The Seoul Central District Court found the defendant, identified only by her surname Shim, not guilty of the charges, saying it is hard to say the sexual encounter was made against the will of the husband through violence or other forms of coercion.

The court said the husband, whose surname is Kim, actually expressed some form of consent to having sex with her before the encounter took place.

Still, the court convicted Shim of locking her husband inside their house for 29 hours and inflicting injuries on him in the process. She was sentenced to two years in prison, suspended for three years.

The case marked the first time that a wife has ever been charged with marital rape since the country's Supreme Court recognized spousal rape as a crime in 2013. 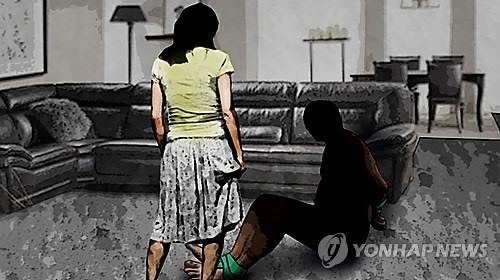