WASHINGTON, Sept. 8 (Yonhap) -- North Korea's fifth nuclear test is sure to invite strong condemnation from around the world, including the U.N. Security Council, but such a business-as-usual response will be far from affecting Pyongyang, American experts said Thursday.

The communist nation apparently conducted yet another nuclear test on its founding anniversary Friday (Korean time), just eight months after its fourth test in January, with seismic signals pointing to an artificial quake near the North's Pyunggye-ri underground nuclear test site.

Moreover, the latest test is believed to be the biggest of all five, with its yield estimated at 10 kilotons of TNT, compared with January's 6 kilotons, according to South Korea's military. The powerful yield demonstrates the regime's nuclear program is making real headway.

"The test should invite rapid and strong condemnation from the U.N. Security Council, but verbal condemnation alone will be an insufficient response unless it is accompanied by measures that impose a severe cost to North Korea for pursuing this course of action," Scott Snyder, a senior expert at the Council on Foreign Relations, told Yonhap News Agency. 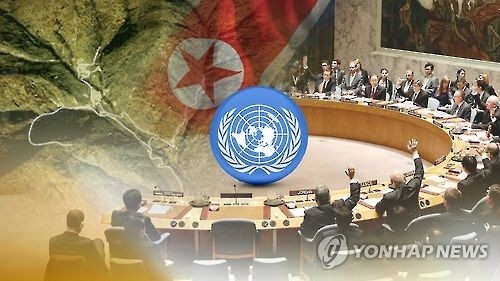 Victor Cha, Korea chair at the Center for Strategic and International Studies (CSIS), also said that there will be either a statement or a new resolution of the U.N. Security Council, but such a response is "hapless at this point."

"This is a runaway nuclear program. The worst stain on the Obama pivot to Asia, and shaping up to be the No. 1 security issue for either a Trump or Clinton administration," said Cha, a former White House official involved in nuclear negotiations with Pyongyang.

Cha also said that the North's intentions behind the latest test are to "demonstrate a survivable nuclear deterrent to the world before the next U.S. administration comes into office."

The U.S. is expected to seek fresh sanctions on Pyongyang, including cutting off every source of hard currency for the regime, including banning exports of mineral resources. But questions are widespread whether such measures would work.

Following January's fourth test, the U.S. led efforts to have the Security Council to adopt the harshest ever sanctions on the North. Despite the restrictions, however, the North kept conducting a number of banned ballistic missile tests before forging ahead with a nuclear test again.

In any case, China's cooperation is again key to reining in the North.

"As for Seoul and Washington, I expect them to condemn this action by North Korea and push to ratchet up the sanctions regime," Ken Gause, a senior North Korea analyst at CNA Corp., told Yonhap from Hawaii.

"Big question is whether China will support enhanced sanctions or push to block them or water them down in the U.N. Security Council and, thereby, send a signal to Seoul and Washington about its displeasure with THAAD," he said, referring to Beijing's vehement opposition to the decision to deploy the advanced U.S. missile defense system in South Korea.

China could play the latest test in its favor, putting strong pressure on Seoul and Washington to rethink the THAAD deployment, he said.

"This test now puts Washington in a difficult position. The wedge between Washington and Beijing could grow deeper. Also puts Seoul in an untenable position. Stick with the U.S. on THAAD or work with China to deal with North Korea," he said.

"Essentially in the absence of Beijing's support, sanctions will not slow down NK's rush to develop a viable nuclear weapons capability," he said.

The expert also said that Pyongyang appears to be testing Beijing's limits of support while reinforcing the notion that it is not fading away as a threat so as to undermine Seoul's narrative that "once the North Korean threat is gone, so is THAAD."

Other possible motives include internal reasons, he said, adding that North Korean leader Kim Jong-un needs to continuously show progress on the national security front in the absence of economic progress.

"This is the anniversary of the founding of the state. So the regime might have wanted to mark it with a bang," he said.

The North also could have wanted to show "a strong face in the face of the sanctions regime."

"No stronger way to do that than a nuclear test. This sends the signal that despite the hardships, Seoul and Washington can't force North Korea to walk away from the program," Gause said.