SEOUL, Sept. 9 (Yonhap) -- A hawkish lawmaker from South Korea's ruling Saenuri Party said Friday that Seoul should consider developing its own nuclear weapons, amid the escalating threats from Pyongyang, which carried out the fifth nuke test despite international sanctions.

"(The North Korea's fifth nuclear test) proves that we cannot curb Pyongyang's nuke tests and missile provocations only by international sanctions and statements made by parliament," Rep. Won Yoo-chul said.

Earlier in the day the reclusive country detonated a nuclear device at its atomic test site in Punggye-ri, North Hamgyong Province. The country state-run media confirmed it carried out the test.

Pyongyang conducted its fourth nuclear test in January. After detonating its first nuclear device in 2006, the country carried out underground tests in 2009 and 2013, despite strong warnings by the outside world.

"Now we are faced with a situation in which we must consider changing the paradigm of solving the North Korean nukes," Won said. "The most effective way to curb such provocations is to develop our own nuclear deterrent."

Won currently heads a group of some 20 Saenuri lawmakers who have openly voiced support for the nuclear armament.

"We need to take steps to be armed with our own nuke not only to protect ourselves, but to preserve peace," Won said.

The lawmaker added Beijing, which has been protesting against Seoul's move to deploy a U.S. missile defense system to curb Pyongyang's provocations, must clarify what it stance is in regards to the latest nuclear test conducted by the North. 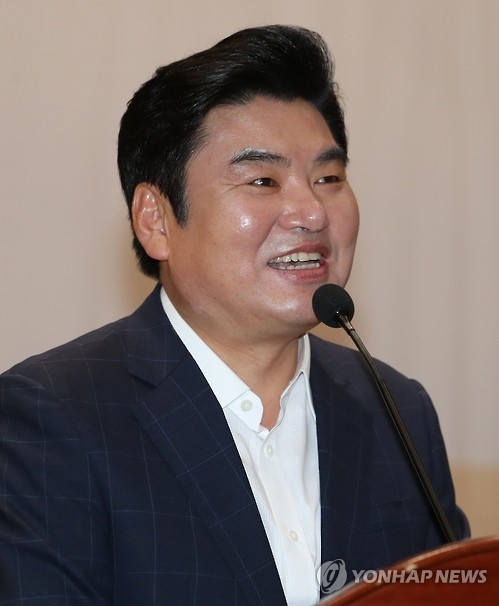