SEOUL, Sept. 9 (Yonhap) -- In South Korea, an average of 14,000 people commit suicide a year as of 2014, which is about 38 deaths every day, resulting in over 6.4 trillion won (US$6.08 billion) in losses in terms of social and economic costs, government officials said Friday, citing statistics.

That is also about 27.3 people per 100,000 South Koreans taking their own lives, despite that suicide is largely preventable, they said.

South Korea has recorded the highest suicide rate among the members of the Organization for Economic Cooperation and Development (OECD) over the past 12 years.

The suicide rate in Asia's fourth-largest economy has sharply increased since 2000, bucking the global trend that has declined over the past two decades. 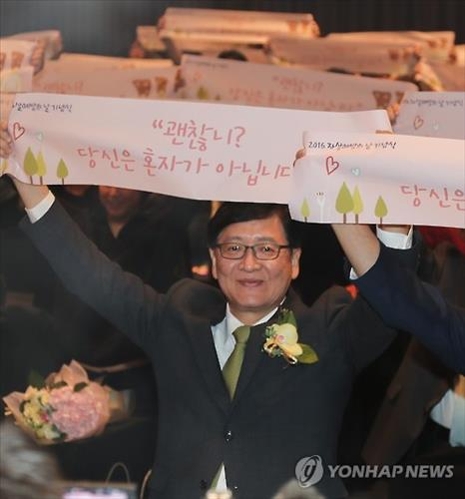 Most recently, several high-profile figures were found dead after taking their own lives.

Earlier this week, baseball commentator, Ha Il-sung, took his own life a few months after he was indicted over fraud allegations.

Last month, the vice chairman of the country's fifth-largest conglomerate Lotte Group, Lee In-won, was found dead while he was waiting for a summons from prosecutors over corruption allegations involving the group.

Experts say that more than 90 percent of those who committed suicide have sent signals before their deaths, noting that suicides can be largely prevented through people paying attention.

"The issue of suicide can be solved like in many countries where people took an interest in the issue," said a health ministry official said, stressing the importance of noticing.

A recent study shows that suicide has become the fourth most common cause of death and is the number one cause of death for South Koreans aged between 10 and 30.

Under the measures, the ministry said it will encourage more patients with depression to visit psychiatric clinics.

Experts pointed that it would take an average of 1.6 years for a person with metal instability to detect his or own her problem and seek proper treatment. 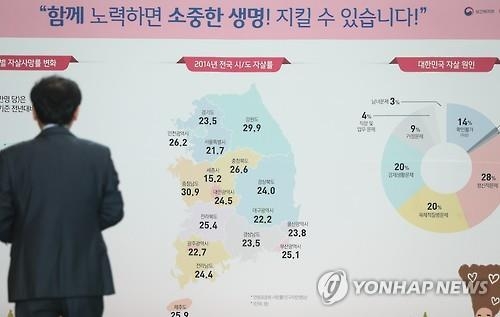 According to a recent study, 24.7 percent of people suffer from a mental disorder, such as anxiety or alcoholism, at least once in their life.

The budget will be used to hire more suicide experts at emergency rooms in hospitals across the country, officials said.

The government will also strengthen measures to prevent suicide among students such as having schools warn the parents with a text message.

About 40 percent of the students took their own lives because of family discord or other family-related problems, while depression over low school scores and school violence and bullying were blamed for 10.7 percent and 1.4 percent, respectively, of the deaths.

The ministry said it will also conduct a series of promotional events with dancers and singers that aim to talk about hope instead of despair.

The measures come as people who have a family member with a history of attempted suicide may be more vulnerable to committing suicide themselves, pointing out the need for suicide prevention therapy to be offered to the entire family.

"Someone with a history of other family members being involved in suicide not only feels sadness and guilt but also other kinds of complex psychological pain such as self-loathing and anger," said psychiatric professor Ahn Yong-min of Seoul National University.

Experts pointed out that while society currently focuses on psychological treatment for those who have attempted suicide, everyone needs to expand the efforts to his or her family to effectively prevent it. 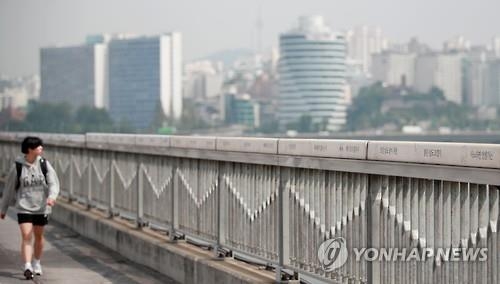