SEOUL, Sept. 9 (Yonhap) -- A funding plan for cash-strapped shipper Hanjin Shipping Co. faced a delay again on Friday as its biggest shareholder, Korean Air Lines, again failed to win support from its board of directors to provide cash to its shipping affiliate, industry sources said.

Earlier this week, Hanjin Group, the parent for the nation's leading container shipping line, pledged to provide some 100 billion won (US$96.6 million), including 40 billion won of group chairman Cho Yang-ho's personal assets, to the shipper, in a bid to help ease the cargo crisis triggered by the shipper's receivership.

But the board of directors of Korean Air Lines failed to reach a conclusion after two days of debate and put off its decision on the proposed funding scheme to Saturday, citing the problem of breach of trust, although Cho is likely to pony up the 40 billion won next week, the sources said.

The further delay in the financing to Hanjin Shipping is feared to complicate the ongoing cargo disruption worldwide, the sources said.

Creditors of Hanjin Shipping, led by the state-run Korea Development Bank, said earlier it would not extend fresh financial aid to the ailing shipper currently under court receivership, calling on the shipper to provide collateral for their funding. 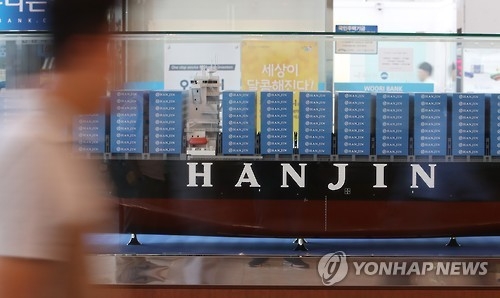 A Hyundai Merchant carrier will leave the port of Busan early Saturday morning to transport about 1,300 containers holding mostly products of Samsung Electronics and LG Electronics to Los Angeles. In addition, three more Hyundai vessels will arrive in Busan by Sept. 29 to substitute for Hanjin carriers.

Since 2011, Hanjin Shipping has suffered losses. Early this month, the creditors rejected Hanjin's self-rescue plan worth 500 billion won, saying it is far short of the cash needed to save the shipper. 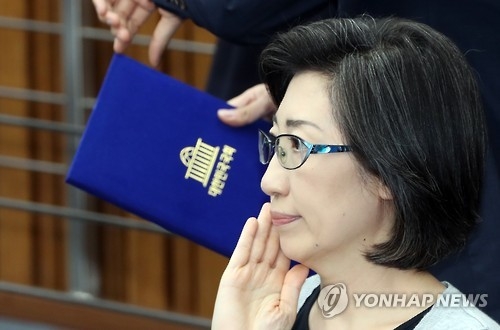 Meanwhile, Choi Eun-young, former chairwoman of Hanjin Shipping, said Friday she is willing to offer her private assets to help the shipper tide over the current crisis.

The 54-year-old Choi is the wife of the late Cho Su-ho, the younger brother of Hanjin chairman Cho Yang-ho. Cho Su-ho died in 2006 when he was serving as chairman of Hanjin Shipping.

Choi took over the management of Hanjin Shipping in 2006 after her husband's death and served as its chairwoman until April 2014 before handing over the control of the world's seventh-largest shipper to Hanjin Group.

Hanjin Shipping's debt ratio had surged from 150 percent to 1,400 percent during Choi's reign, prompting criticism that she was largely to blame for the shipper's collapse.

Adding to the criticism, Choi, who owns Hanjin Shipping's headquarters building in Seoul through a holding company, has reportedly collected 14 billion won annually in rent from the financially troubled shipper.

"I feel responsible (for the crisis) as a former CEO, and I am looking at a variety of options to contribute (my assets) to the society," she said during a parliamentary hearing on the country's shipbuilding and shipping crisis.

She claimed that her assets range from 35 billion won to 40 billion won.