The meeting is to be convened shortly after her arrival in Seoul following an eight-day trip to Russia, China and Laos. During her visit the president called for stronger international unity against North Korea's nuclear and missile programs.

The meeting will be attended by the ministers of defense, foreign affairs and unification, and senior presidential secretaries in charge of security and foreign policy, Park's office Cheong Wa Dae said. 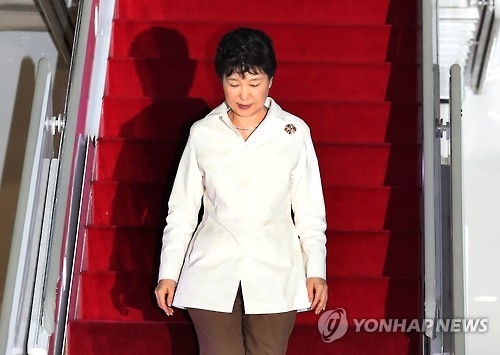