(ATTN: UPDATES throughout with Park's remarks, details)
By Song Sang-ho

During a meeting of top security and foreign policy officials, Park underscored that the communist state's evolving nuclear threats are "urgent and existential" for South Korea, and that the international community's response to them must be "diametrically different" from what it has been.

"This (Pyongyang's nuclear test) clearly reaffirmed the North Korean regime's recklessness and its obsession with nuclear arms," she said during the meeting upon returning from an eight-day overseas trip. 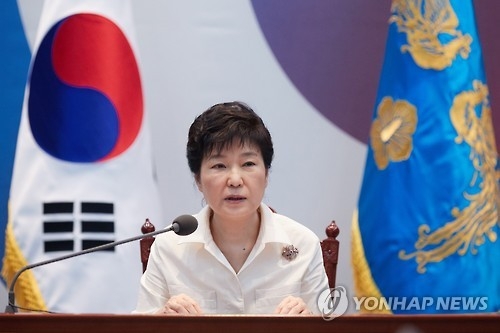 "Kim Jong-un does not listen to any voice, and this leads us to view Kim Jong-un's mental state as uncontrollable," she said.

The meeting was attended by the ministers of defense, foreign affairs and unification, and senior presidential secretaries in charge of security and foreign policy.