Royce urged the administration of President Barack Obama to impose sanctions on Chinese banks and companies supporting the North, saying Beijing will "only comply with sanctions if Chinese banks face real consequences for doing business in North Korea."

He also called for sanctions on the North's state-owned airline Air Koryo, claiming that the carrier continues to "flagrantly violate the ban on luxury goods and has been implicated in the proliferation of Scud missile parts." He also called for closer cooperation with European nations to better block luxury items from reaching the North.

"Aggressive sanctions enforcement, along with a renewed focus on stopping the North Korean regime's export of slave labor, is key to cutting off the cash needed to sustain Kim Jong-un's power, and his illicit weapons programs," Royce said.

"Today's detonation wasn't just about testing nuclear technology. It was also about testing America's resolve. Now is the time for this administration to act," he said. 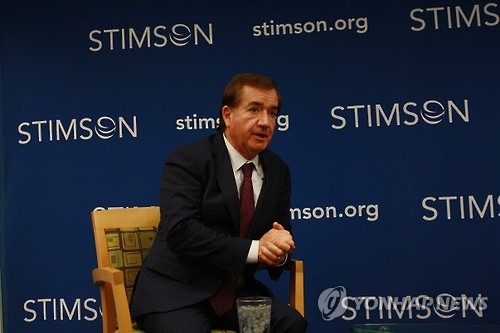 Sen. Cory Gardner (R-CO), chairman of the Senate Foreign Relations Subcommittee on Asia and the Pacific, also called for sharply increasing sanctions on the North.

"North Korea's belligerent behavior must be stopped. It's imperative we drastically increase sanctions enforcement ... including secondary sanctions against Chinese entities, additional sanctions on the regime's human rights abuses, and cyber sanctions that the Obama Administration has still not imposed," he said.

"President Obama should immediately convene a trilateral summit to discuss the urgency of the North Korean threat and agree on policies that will protect our nations and together effectively deter Pyongyang's aggression," Gardner said.

"While the administration has finally recognized its policy of 'strategic patience' has failed, we must continue to ratchet up pressure on Kim Jong-un's regime and pursue all available options to counter this growing aggression," he said.