"North Korea's decision to conduct another nuclear test is outrageous and unacceptable. I strongly condemn this reckless action, which -- coupled with its recent series of missile launches -- makes clear Pyongyang's determination to develop a deliverable nuclear weapon," Clinton said in a statement.

"This constitutes a direct threat to the United States, and we cannot and will never accept this," she said.

"At the same time, we must strengthen defense cooperation with our allies in the region; South Korea and Japan are critical to our missile defense system, which will protect us against a North Korean missile," she said.

"China plays a critical role, too, and must meaningfully increase pressure on North Korea -- and we must make sure they do," she said.

Clinton said that the North's test shows the U.S. needs "a president committed to reducing, not increasing, the number of nuclear weapons and nuclear states in the world, apparently referring to her rival Donald Trump's suggestion that he may allow South Korea and Japan to develop their own nuclear weapons for self-defense.

"Just today, it was announced that North Korea performed its fifth nuclear test, it's fourth since Hillary Clinton became secretary of State. It's just one more massive failure from a failed secretary of State," Trump said at the Values Voters Summit in Washington.

Trump communications aide Jason Miller also said in a statment that the North's nuclear program has only grown in strength and sophistication despite Clinton's promise to work to end the program. 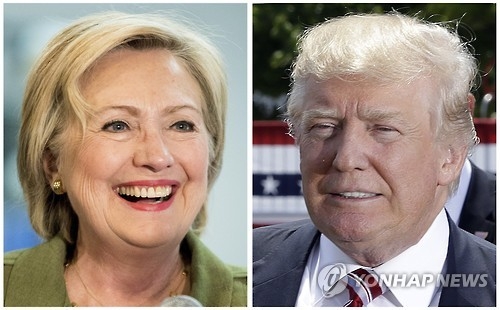